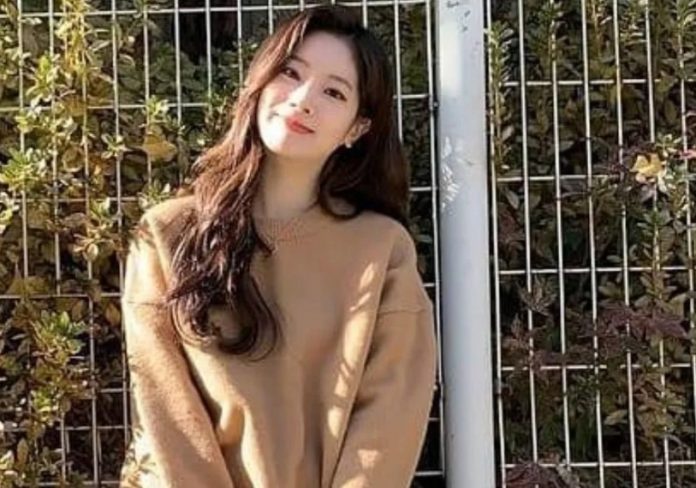 Dehyun showed her love for TWICE with a very special gift, even though Christmas ended, the idol took advantage of the winter season to celebrate with them.

TWICE’s Dahyun showed her love and gratitude to ONCE with a message written about the snow, the idol took advantage of the snowfall in South Korea for fun.

The JYP group ended their promotions schedule for “I can’t stop me” and “Cry For Me” , hits that consolidated their K-pop career , as they are currently the group with the most awards in the industry and they lead the third generation of K-pop . The support of her fans is essential, so Dahyun decided to return her love.

Through TWICE’s official account , Dahyun shared a video where he writes a message to ONCE in the snow. The snowfalls in South Korea have already started and although the climate is very cold in that country, idols have taken the opportunity to have fun like children under the snowflakes.

ONCE also received gifts from the girls, because their song “Cry for Me” was a special single for them, in addition, they changed their K-pop concept to show a much more mature image and be able to get more involved in the lyrics and songs, to give everyone strength during the pandemic.

DAHYUN HAS A VERY CUTE GESTURE WITH ONCE

The idol decided to express her love for her fans through the snow and wrote “ONCE” under the snowflakes, a nice metaphor about feeling warm having her fans by her side no matter what life circumstances are.

Dahyun’s name and video went viral on social networks, trending the gesture she had with them, ONCE published messages of gratitude for her, because with a small gesture she made them feel loved. Instead of creating snowmen or angels, the singer preferred to take into account an important part of her career. This overdue Christmas present moved TWICE fans, who are looking forward to having a new comeback and activities from the girls in order to have a successful 2021.

Recently, it was reported that Tzuyu would have a new project on the doorstep , plus, she told ONCE that the girls are planning a comeback in 2021.

Millie Bobby Brown adopts a 90s look and is all the...

Kim Kardashian adjusts it too much and … Kanye West can’t...