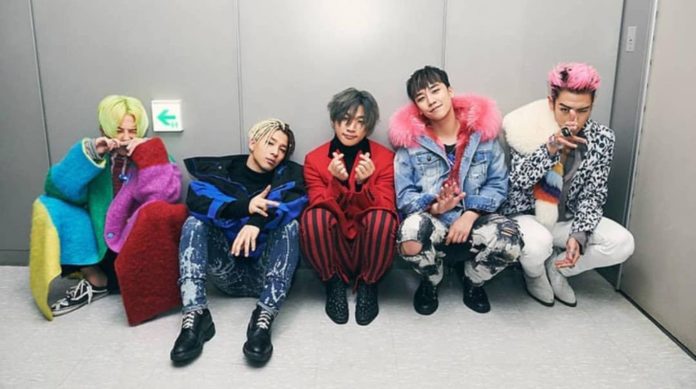 V.I.P, Big Bang is back! The group finally finished its military service, Taeyang and Daesung were already discharged from the Korean army.

Through social networks, the fandom is celebrating the departure of the last two official members of the group, who were greeted by fans outside their military base and looked really happy to end the military service.

Through social networks, V.I.P is celebrating that Big Bang is finally complete. With the hashtags #ThankGodItsSunDae, #DaeWeWillStayByUrSide and #Dope_Discharge_Congratz V.I.P welcomes the idols, the Korean fandom also gave them flowers and shared a very special moment.

Big Bang is one of the most popular groups in the K-Pop industry and although Seungri is no longer part of it because of the controversy in which he was involved, V.I.P looks forward to the boys’ first comeback.

JOOHEON OF MONSTA X TALKS ABOUT HIS MENTAL HEALTH

Nicki Minaj Could Have Been Married To Kenneth Petty In Secret

“Write me” Jennifer Lopez shared her mobile number on Twitter

LANA DEL REY WAS VICTIM OF THEFT IN HIS FAMILY HOME