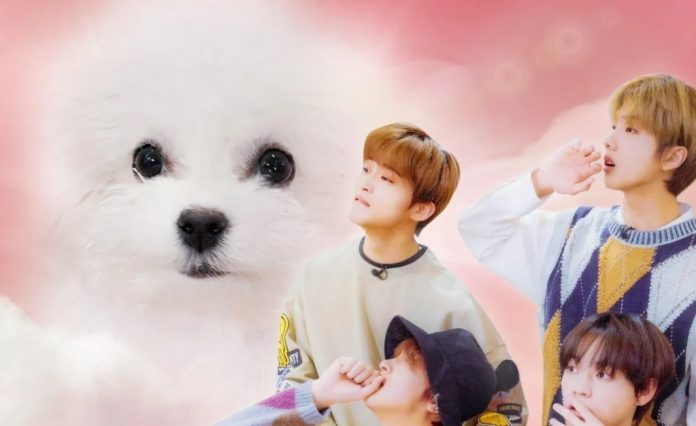 Daegal is one of the most popular pets in K-pop, the little animal became the faithful companion of the NCT members.

Daegal, Chenle’s puppy, has earned an important place in the hearts of the NCT boys, the dog and the other pets of the artists coexist in a harmonious and loving way. Check out the new photos of the animal with the idols of the NCT Dream subunit.

In December 2020 through Weibo, Chenle revealed the first images of Daegal , the cute white dog was adopted by the idol and would be the new company of Bella, another pet that belongs to the artist.

Daegal’s cuteness and beauty fell in love with the boy group’s fans, who quickly became interested in her, not only was NCTzen surrendered to the puppy’s charms , but the NCT members also welcomed her with great affection.

Each of the ‘RESONANCE’ performers has pets and the dynamic between them is wonderful. Lucas recently shared that his dog had a nice date with Daegal to meet formally.

DAEGAL STARRED IN THE NEW PHOTOGRAPHS OF NCT DREAM

Renjun loves his partner’s dog very much, he once said that he and Chenle went to look for the pet to take care of it for a while, the idol originally from Shanghai had activities to do, so he left Renjun in charge . After the experience of having Daegal at home, Renjun stated that he should be the ‘second father’ or ‘older brother’ of the dog . LOL!

Renjun took advantage of every moment with Daegal , they had fun together and the vocalist took many pictures of him that he later shared on Lysn’s app in Bubble, NCTzen commented that the NCT member was infatuated with the puppy’s cuteness .

Through Twitter, Jisung , Mark , Chenle, and Haechan posted new photos of them with Daegal , who is the new queen of NCT Dream , the boys and the dog posed with much joy and happiness.

The K-pop artists showed their enormous sense of humor with an edited image of them with Daegal , the mascot appeared in the background surrounded by a vibrant pink color, while the ‘BOOM’ performers appreciated the dog’s face. Owww!

Do you already know all the puppies and kittens that struck the hearts of the guys from New Culture Technology?

Some Details of Studio Ghibli’s First CGI Film ‘Aya and the...