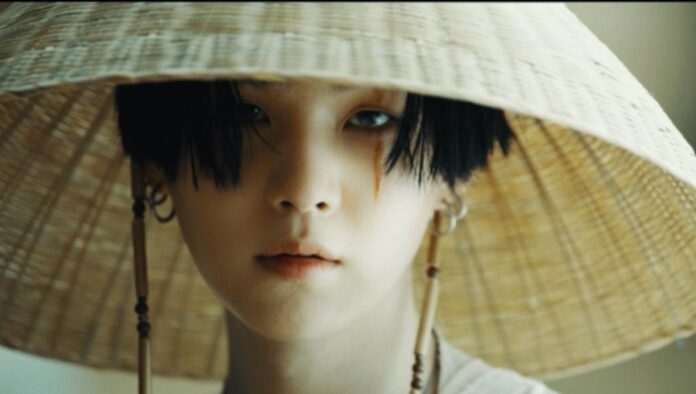 After the update of Agust D’s photo on Apple Music ignited the rumors of the launch of the new Yoongi mixtape and despite BigHit denying its release, the company and the idol gave ARMY a big surprise with the arrival of Agust D-2, whose title song is DAECHWITA.

DAECHWITA has not only managed to break new records hours after its release, it has also quickly placed itself in the public eye. The Agust D-2 lead single is not only accompanied by an impressive MV with historical overtones, it also has a whole story behind it. Do you want to know what is the meaning of the lyrics and the video? Keep reading to find out.

Daechwita is a traditional Korean musical genre born in the late Joseon dynasty, which used to be performed in royalty processions, was characterized by including wind instruments and percussion. Today it continues to be used on special occasions and for military purposes.

Suga’s new song maintains a traditional essence from her native South Korea, both musically and visually. Dachwita’s MV is doubly starred by Suga, who is a humble boy who represents the Korean people and is also the king. Yoongi faces himself in an endless battle, his revolutionary and humble side against the powerful, cruel and dangerous part of his personality.

During the development of the MV we can see that Yoongi has a deep scar around the eye, the interesting thing about all this is that in South Korea a king cannot have any marks on his skin since otherwise he would not be considered fit to occupy the throne. However, the fact that Suga proudly shows the scar on his face is proof of his strength, that despite being hurt inside he was able to demonstrate that he is capable of achieving his dreams and greater ambitions.

The king witnesses how the humble boy challenges him on several occasions and decides to use his power to order that his head be cut off, just as other members of the town have had the same fate. Finally Suga is captured and tied by the hands and arms for his execution but he seems not to be scared and moves to the rhythm of the torches that surround him.

However, Suga is not afraid of anything and even at the moment where he was about to lose his life, he was able to continue fighting for his ideals and rebel against injustices, this is how he defies the king and shoots him, robbing him so his last breath.

Daechwita is a representation of Suga’s constant battle against himself and how the desire to achieve his dreams have given him the courage to do everything to achieve being on top, however, the emptiness he feels when he now has everything he wants. He wanted and more continues to torment him, as he has expressed in other hits like BTS ” Interlude: Shadow ‘.

Daechwita gives a powerful message about being proud of our roots, of being able to become what we most want despite adversity. At the same time, the dark side of power is also made clear, where having what we most wanted is sometimes not enough.

Without a doubt, Daechwita and her incredible historical MV have become a success and an opportunity to make us reflect on our own abilities. Suga revolutionized the music industry with the release of Agust D-2, his second mixtape, what is your favorite song?

“The luckiest girl in the world”: Netflix urged to add a...