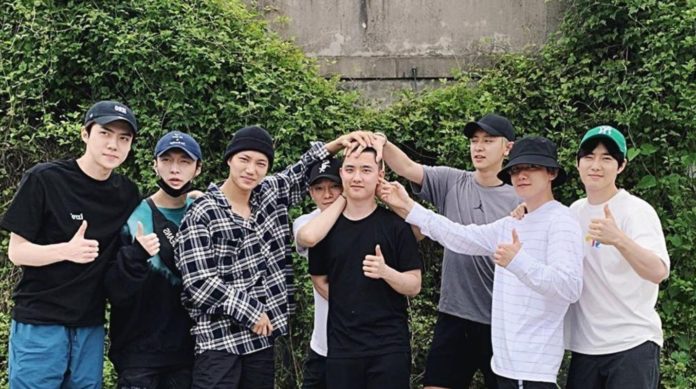 EXO-L has had to say goodbye to 2 of its members so that they can fulfill their military service, one of them is Kyungsoo, who decided to surprise EXO before the end of the year.

The group performed a series of concerts for the encore of their tour and the idol decided to celebrate with them, look at everything that happened.

In social networks, videos and photographs of D.O circulate, who surprised the entire fandom by being among the public. The idol wanted to accompany his groupmates during the closing of his tour.

His companions joked with him, because although he does not like to be recorded, they searched for him between the seats until he found and greeted him, they even imitated one of the characters he played in a movie. LOL They were really happy to see him again and admitted that it was weird that he wasn’t at his side on stage.

Kyungsoo also took the opportunity to take videos of the lights created by the fandom and keep in his memory the first EXO concert he enjoyed as if he were a fan. Awww!

EXO-L was happy that D.O will take advantage of some of his days off to visit the boys and close the stage of Planet 5 EXplOration and although there is time for them to meet again, they will wait until the end of their service.

Riverdale: Betty and Archie will fight for Riverdale High!