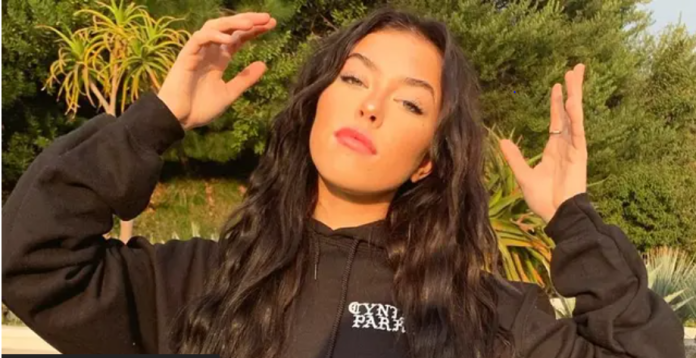 TikTok star Cynthia Parker has denied sending messages about some of her other creators, including Cooper Noriega, claiming they are “fake” and “disturbing.”

On November 3, the world of TikTok exploded when Cynthia Parker’s fans noticed that many of the biggest names on the platform had stopped subscribing to the popular creator.

Parker, who has about 5 million followers on the video-sharing platform, has lost followers on both TikTok and Instagram, including the likes of Nessa Barrett, who used to appear in her videos.

Fans quickly searched for an answer, with some referring to comments Parker apparently made about Cooper Noriega, who passed away in June. These apparent messages, which came in the form of Twitter and Instagram posts, circulated on TikTok and Twitter, with Parker apparently making fun of his appearance in some photos, as well as referring to his death.

Yet again because there are still many voice memos that are unravelled unfortunately we cannot post them as Coops mother does not want us to , coops mother heard it. They are horrible . #cynthia #nessabarrett #jadenhossler #cooper #cynthiaparker #sab pic.twitter.com/wzXNUXUleC

TikToker responded to these messages, saying that they were “fake” and “disturbing” and did not come from her at all.

“I have to turn. I’m not sure who creates fake messages that are so cruel? It’s absolutely painful and disturbing,” Parker wrote in her Instagram story.

“I don’t even have a Twitter account. It’s been over two years since I’ve used the app. Such a terrible thing. Please stop. I’m done with the drama.” She also posted another post that simply said, “What a fucking sick world.” Many fans supported Parker on her memorial post in connection with Cooper’s death, urging others to stop treating her “disrespectfully.”

However, this did not stop some viewers from threatening and insulting her. Unfortunately, there are a lot of threatening messages in her recent posts on Instagram and TikTok.