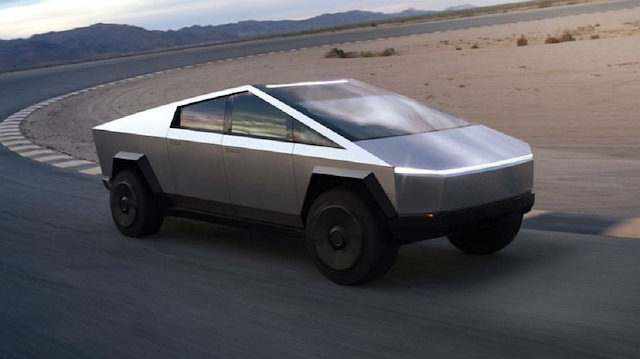 Cybertruck, which Elon Musk promoted last month, remains the subject of speeches and news. With its controversial design and superior equipment, Cybertruck, which is displayed on the streets of Los Angeles, is claimed to have Elon Musk sitting in the driver’s seat.

A Reddit user living in Los Angeles caught Tesla’s Cybertruck on the road and shared a photo on the Internet.

When Elon Musk introduced Cybertruck last month, the design of the vehicle caught the attention of many people. Some are interested in the car’s exterior, while others focus on technical equipment and cost.

Adrián Esper Cardenas, mayor of the city of San Luis Potosi in the province of Ciudad Valles, says that the electric-powered Cybertruck has a lot of potential as a local police and municipal vehicle.  I’ll send it to Elon Musk to see if he’s discounting the vehicles for the photos we take, C Cárdenas said. In addition, Cárdenas uses its salary, which is 30 thousand pesos, as a resource to reserve vehicles.

Mayor says this decision is about environmental awareness
The mayor said that 10 of the vehicles he ordered were twin-engine and 5 of them were three-engine Cybertruck, which offered the highest performance. In addition, he said that he did not consult with the citizen about his purchase decisions, but that the decision to buy electric vehicles for safety, garbage collection and other uses was related to environmental awareness.

Cardenas claims that although the vehicles he ordered have $ 49,900 and $ 69,900 price tags, Cybertruck will save 24 million annually because of low maintenance costs and electricity.

Dubai Police Department also shared a photo of Cybertruck, previously dressed according to the logo of the organization, on its Twitter account and announced its intention to expand its fleet with Tesla Cybertruck.