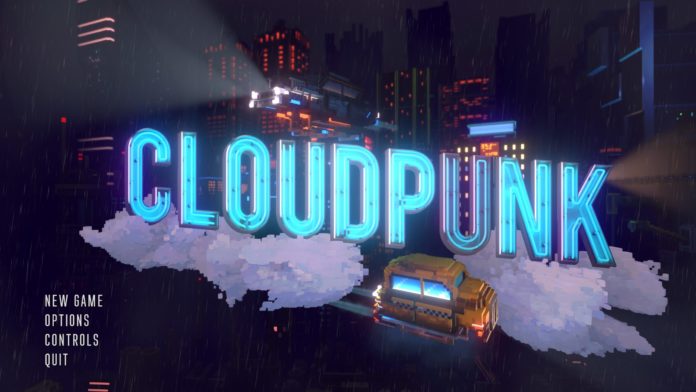 Offering courier experience in a futuristic world with flying cars, colorful lights and huge skyscrapers, the Cloudpunk game has been released for PCs and consoles. You will unravel the mysteries of the company you are working in in the Cyberpunk type adventure game.

Cloudpunk PC, the new game of developer Ion Lands, set in an eye-catching sci-fi world, has been released for PlayStation 4, Xbox One and Nintendo Switch. The game offers a story-driven experience in a cyberpunk-style futuristic world.

In Cloudpunk, you will have a courier experience in a city called Nivalis. Meanwhile, in the story-based Cyperpunk game, you will meet a wide range of characters including androids, artificial intelligence and brutal people. You will also discover a huge city of Cyberpunk with your flying vehicle or on foot.

Cloudpunk offers courier experience in a technological world
The character named Rania that you will direct in the game works for Cloudpunk, a delivery company. On the other hand, Nivalis offers an open world environment inspired by real cities and made with dazzling art style. Although the city seems to live in harmony with artificial intelligence, androids and people, the appearance can sometimes be misleading.

With Rania on Cloudpunk, you will uncover the mysteries in the world of corporate intrigue, hackers and fraudulent artificial intelligence. You will meet many different characters and take a close look at their daily lives. The decisions you make will have long lasting effects on the Nivalis people. You will also unlock additional stories in the game and discover hidden places and items.

Ion Lands president Marko Dieckman said, “As fans of the Cyberpunk genre, we had the chance to make an adventure game set in a futuristic city. We wanted to focus on what it was like to experience a Cyberpunk city with Cloudpunk and live as a courier in the 80s. New York “Today is San Francisco or a futuristic city a thousand years later. Wherever, wealth, character and struggles are familiar.” He describes it as.

Cloudpunk is available at a reasonable price of $ 6 with a 10% discount. If you are considering buying the game, you can access the Steam page here.