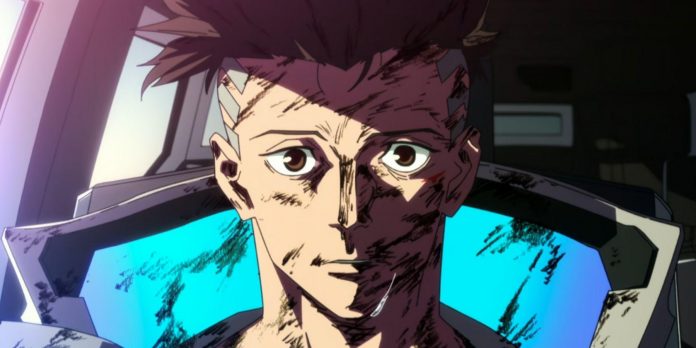 With the release of Cyberpunk: Edgerunners, it’s time for reflection: two years later, it’s safe to say that Cyberpunk 2077 deserved more than it got. There were insurmountable expectations of impatient fans, and then there were self-inflicted wounds by the developer’s own promises, and despite all this, there was still a story worthy of praise.

Despite the many technical problems that have continued to hinder the game and its reputation since launch, the Cyberpunk story has resonated with players, and not only because of Keanu Reeves (although it helps). His story was one that sought to strike at the very heart of what it means to be a cyberpunk; it’s about legacy, dreams and life, despite the poisonous miasma of capitalism. Many were attracted by the diamond hiding under the layers of dirt of Night City, and the fact that, in the opinion of others, it was not worth the trouble associated with such a flawed game. Therefore, it is with great enthusiasm that I declare that the collaboration of Studio Trigger with CD Projekt Red is exactly the salvation that this franchise needed so much.

Welcome (back) to the night city

David Martinez is a street kid from nothing who has a rather unique opportunity: despite his upbringing, his mother managed to get him into the prestigious Arasaka Academy. However, this opportunity did not make life easier, despite the ridicule from the students or his and his mother’s precarious living situation.

Suddenly things get worse and worse, and David finds himself in almost the same place that V found himself in during the opening hours of 2077: alone and penniless. The only solution is to become a cyberpunk yourself, introduce some experimental equipment into your body and start making a name for yourself.

Edgerunners is a character study, observing how the city and its dogmatic narratives of success and value accumulate and erode in David, his friends and his relationships. The series does not waste time thinking about the base morality of the violence that permeates the series, but sharply criticizes the systems that perpetuate bloodshed.

Life is life, and being a mercenary in Night City is no different from any other job, but it leaves the feeling that they really achieved something more meaningful, no matter how terrible the means. This is a Chrome-implanted Wild West that is so far removed from humanity that the only sign that you had any sign was cyberpsychosis, a fictional Cyberpunk disease.

The more implants and the less flesh, the faster the mind begins to work. In 2077, this plot point never received proper research, with the exception of the quest chain, in which these people were considered as targets to be killed. But in Edgerunners, the looming threat of psychosis always exists and fuels the most violent fires of adrenaline in the series.

And in defense of 2077, such a plot point might not have been necessary for the story they were telling, where the main character was “Solo,” a cyberpunk working mostly alone. But David is not solo at all. The show constantly strengthens the ties between him and his friends, among whom are the best characters of 2077.

This is not to mention Lucy, David’s devteragonist and romantic partner, who is the catalyst for David’s most important lesson, which is not easy to learn. When the series begins, David is obsessed with the idea of living his life in such a way as to reach the top, as his mother wanted. Lucy asks him what he wants, telling him that he can’t live for other people.

Edgerunners is all about dreams. It’s about asking why and for whom you live. Throughout the series, David lives his life in accordance with the other characters and their dreams, but this is not necessarily his disadvantage as a character. In any case, this is a way of life that he is fighting for, despite the difficulties, trying to figure out how to do the right thing.

What is a dream really? Is it something chosen for its own sake or just a story that someone wants to see played out for the sake of someone else? And is it wrong to want to live in such a way as to give a happy ending to someone who no longer sees it? These are the questions that Edgerunners revel in over 10 episodes.

This review was written after watching an English dubbing directed by Wendy Lee (voiced by Faye Valentine from Cowboy Bebop). Vocal performance across the board is on par with vocal talent in Cyberpunk 2077, which is a blessing considering how vulgar and dark the dialogues can be. The less competent dubbing may not have handled how serious the show is getting.

As in “2077”, a highly regarded celebrity appears in the series, this time from Giancarlo Esposito (“Breaking Bad”, “Better Call Saul”). The only time the performance seemed to suffer because of the direction or the script was in one of the last episodes.