Home Tech Cyberpunk 2077 works on the Atari VCS (but bad) 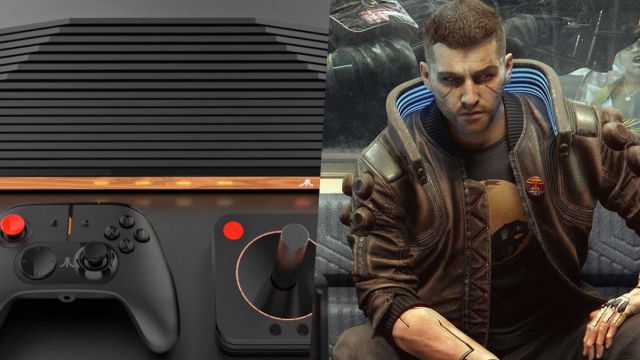 This console financed through a crowdfunding campaign has suffered many ups and downs, but has finally begun to reach patrons.

That the new Atari VCS console is not designed to run next-gen games is not a surprise, nor is its purpose. Even so, this system hides a PC inside it, so it is possible to install and run any video game that works on Windows. Despite all the problems they have faced, the machine has finally started to reach the homes of the players who supported it in its crowdfunding campaign. One of them, youtber Kevin Kenson, has put it to the test with Cyberpunk 2077.

CD Projekt RED production works barely on the Atari VCS. Those who complained about the performance of the title on PlayStation 4 and Xbox One will discover that there is a platform that moves it worse, of course, this time there is no sin, since of course an optimized version has not been even remotely thought of. The video shows how the game crawls on this system, even with the technical options set to the minimum.

CD Projekt has work ahead

Cyberpunk 2077 is officially available on PS4, Xbox One, PC, Google Stadia and the next generation machines, Xbox Series X, Xbox Series S, and PC. However, the latter work through backward compatibility. The Polish developer intends to offer an optimized version for these consoles sometime in 2021. They are currently working on fixing it on the previous generation base consoles, which have had numerous performance problems to the point that it has been removed from the PS Store.

The Atari VCS was advertised as Ataribox when the crowdfunding campaign was launched. In 2018 they announced the name change and a year later the delay and some changes at the hardware level were confirmed, designed to improve the performance of the system.