Home Entertainment Cyberpunk 2077 will become a thorn in the new Witcher saga for... 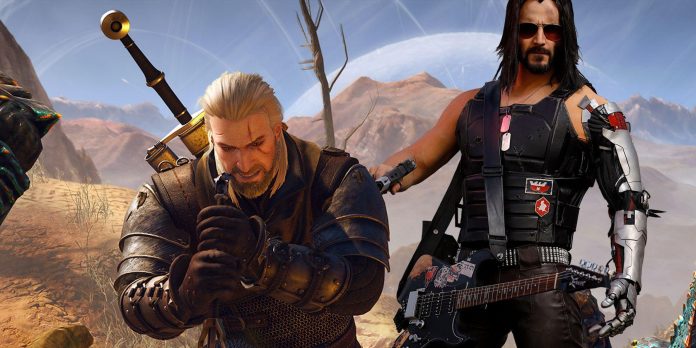 At first glance, it may seem that the ambitious sci-fi game Cyberpunk 2077 and the beloved fantasy franchise “The Witcher” could not be further apart. But they are more interconnected than players might think, and not just because they have the same developer. CD Projekt Red, a Polish developer and publisher of video games, made a name for himself by presenting the popular series of novels “The Witcher” by author Andrzej Sapkowski to gamers all over the world, and this caused many positive reviews.

The last released main part, The Witcher 3: Wild Hunt, was a particular favorite among players. He achieved critical and commercial success, as well as solidified CD Projekt Red’s reputation as a respected developer. However, the studio’s departure from the usual “Witcher” series was not so fruitful, and the infamous launch of Cyberpunk 2077 and subsequent releases became a cautionary tale for all developers. This may be a separate intellectual property, but the fate of Cyberpunk 2077 may be inextricably linked and may even damage The Witcher games for a while.

By this point, the troubles of Cyberpunk 2077 are already well documented. A long development cycle, high expectations of fans, delays and launch with errors led to the fact that the game definitely did not go to the start. When games are launched in a broken or unfinished state, it can be difficult to get fans back on board. They have already laid out a lot of money, expecting that the game, at least, will be finished and it can be played, and when it is not, everything can deteriorate pretty quickly.

However, the problem wasn’t just an incomplete or buggy game at startup. Despite the fact that most of the previous major Witcher games, DLC and CD Projekt Red spin-offs were well received, the studio’s reputation in the minds of some players was almost wiped off the face of the earth due to the disastrous start of the post-release life of Cyberpunk 2077. CD Projekt Red has worked hard to fix the bugs and make Cyberpunk 2077 the game it should have been when it was released in 2020, but for many fans, the damage has already been done.

How could this affect future Witcher games

After the launch of Cyberpunk 2077, it seems that CD Projekt Red is returning to the relative safety of the Witcher universe. Earlier this year, the developer announced that the next “Witcher” was in development, and player interest increased when the announcement also confirmed that this would be the beginning of a new saga. At the moment, the game may only be in early development and probably in a few years, but many fans are already concerned.

The ambitious goals of Cyberpunk 2077 ended with a game that failed to fully live up to the hype or even fulfill some of the things that were seemingly promised during its promotion, and players are worried that the same will happen with the next CD Projekt Red game., or even the next few titles. Trust in the developer has been shaken, and fans will find it difficult to believe in new promises about future games, and they will treat any updates with a degree of skepticism.

The Witcher games are undoubtedly popular, and the next part has already caused a lot of noise in the community. Even considering the restraint that may accompany this excitement, given the challenges of Cyberpunk 2077, hopes for the future of the franchise will be high. However, players may be even more skeptical, especially considering the fact that it seems that The Witcher games will move away from familiar characters like Geralt when they start a new saga. Gamers don’t necessarily know what this means yet, but some may fear that CD Projekt Red is betting on new directions, given how it seemed to work for the studio last time.