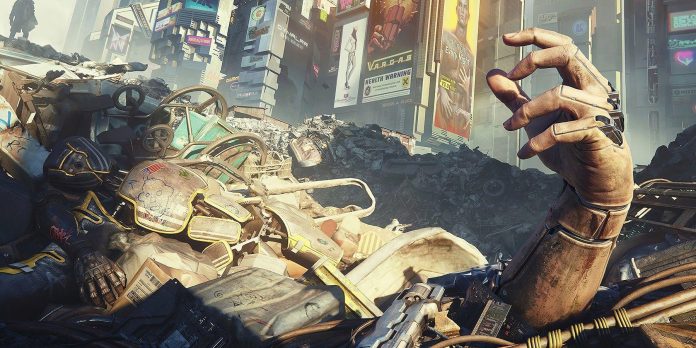 Despite the fact that the patch notes do not mention this, the latest update for Cyberpunk 2077 now adds keyboard and mouse support for the Xbox Series version of the game. While CD Projekt Red is currently working on a new Witcher game, the studio is still hard at work releasing patches for its open-world sci-fi game. Considering the way things were when it was first released in 2020, the developer certainly had to put a lot of effort into fixing a lot of bugs breaking the game.

Despite the new Witcher game, which may well become a new saga, CD Projekt Red is committed to Cyberpunk 2077 as a franchise. Hence all the updates and the recently released patch 1.6, designed to keep the game in great shape. However, one user noticed a new feature added, although apparently it is not said anywhere that it has been implemented.

A message from Reddit user PurpleMessi says that thanks to the new Edgerunners update, Xbox Series owners can now play Cyberpunk 2077 with a mouse and keyboard. The images in the stream show that the user has connected the peripherals to his installation. However, it was also noted that the latest patch does not support mouse and keyboard in the PS5 version of the game, and it seems that no one is sure why this is the case, especially considering that the console supports peripherals with other games.

This was not included in the patch notes, but the 1.6 update gave us keyboard and mouse support on the console 😍 from cyberpunkgame

It’s possible CDPR could add this feature to the PS5 in a later update, but that’s speculation at this stage. Patch 1.6 for Cyberpunk 2077 was released recently and is the latest update for PS4 and Xbox One as the gaming industry moves away from the previous generation consoles. This means that anyone running the game on these older systems will unfortunately miss out on future content the studio is releasing for the game, including the upcoming Phantom Liberty DLC, which is said to add a new area to Night City.

Despite the many improvements the game has undergone over the past year or so, Cyberpunk 2077 may still be a thorn in CD Projekt Red’s side. At the time of its release, it became one of the most disastrous launches in recent history, along with No Man’s Sky. At this stage, it is impossible to say exactly why the developer is returning to the Witcher series, but the reputation of the studio has certainly suffered from Cyberpunk.