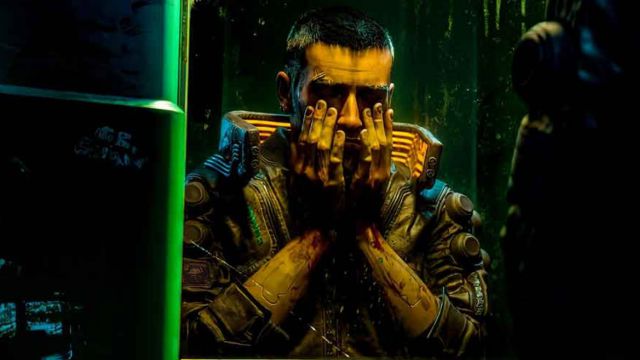 Members of CD Projekt RED assure that they laughed when managers expected to launch the game in 2021; minimum next year.

Cyberpunk 2077 workers expected that, given the game’s development rates since mid-2019, the most realistic thing to do would be to think about a game launch in 2022. A recent report published in Bloomberg states, after talking with a score of workers and former CD Projekt RED employees, how was the long development process of such an ambitious video game, whose launch this past December has resulted in a withdrawal of the game from the PS Store and a historic fall of the Polish company on the stock market.

“There were times when I was crunching up to 13 hours a day,” says Adrian Jakubiak, a former member of the sound programming department to Jason Schreier at their meeting. “I knew this was not going to go well […] I just needed to know how disastrous it was going to be,” he adds. The sentiment, as he explains, was more or less extended by the rest of the team members.

Despite the extended work hours without the possibility of choice (in September 2020 it was announced that they would work obligatorily from Monday to Saturday until the game’s departure; at that time planned for November), they once knew the status of the title back in June From 2019, around E3 2019 held in Los Angeles, the staff believed that Cyberpunk 2077 was going to be finished in 2022.

Jakubiak also explains that CD Projekt’s mindset was based on acting on the go. “We will solve it along the way,” they answered when they wondered how they were going to face such an ambitious development on such short dates. If The Witcher 3 was made up of about 240 workers in the offices – not counting outsourced work – Cyberpunk 2077 has been made up of more than 500 internal developers, double that. Although the scale of the title has been lowered in the last stages of development, Cyberpunk 2077 arrived on December 10 on PS4, Xbox One and PC presenting numerous problems, crashes, bugs and a status described as unworthy by users.

CD Projekt RED took the blame in a statement published last week; now they are working on the roadmap that leaves the version of the old Sony and Microsoft consoles up to expectations. The latest patch is planned for February, while the PS5 and Xbox Series X | S version will be on demand until the second half of 2021.

Apple stopped the production of three models after the iPhone 13!