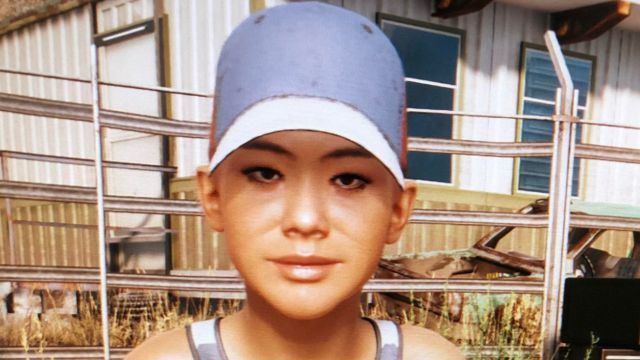 Several children located in the game appear with the appearance of adults but with reduced bodies, although others appear normal.

Okay, Night City is a dystopian city and Cyberpunk 2077 is a sci-fi game. Yes, the change of body elements is the order of the day in the new CD Projekt RED production. But does no one think about children? The Twitter user @tanisthelesbiab has done it, at least it has been the one who has noticed the peculiar aspect of some of them in the video game. As can be seen in the captures that accompany this news, the modeling of the children resembles that of the adults, only that they come out shrunken.

“I can’t get over the fact that the children’s models are like normal civilians, but shrunk to look like children,” she comments in a message thread on Twitter. Below, she has shared a screenshot of a boy who appeared in the 2018 trailer to show that they had a completely normal complexion before. However, the fact that images of these children have appeared does not mean that they all look the same. In fact, in response to the tweet, other users have shared photos of other infants that look more like the real thing.

I seriously cannot get over how the Cyberpunk 2077 child models are just the normal civilian models shrunken down to look like kids. pic.twitter.com/HcX96hNt86

Back with the problems

Of course, CD Projekt RED faces more serious problems. With a complaint in the making due to the state in which the console versions of Cyberpunk 2077 were released, the Polish developer intends to defend itself tooth and nail. At the same time they work on patches to improve the product, especially on the base consoles. The idea is to continue offering great updates within a plan that will continue to be developed until February. That is the deadline that they have set for now.

Cyberpunk 2077 is available on PS4, Xbox One, PC and Google Stadia, although it is perfectly compatible with PS5, Xbox Series X and Xbox Series S. It currently works through backward compatibility, but the studio is developing a patch that will take advantage of the technical characteristics of the new generation. His date? Throughout the year 2021.

Joker, Parasite and Dunkirk nominated for an Oscar