Home Entertainment Cyberpunk 2077: These Are The Most Frequent Errors According To CD Projekt... 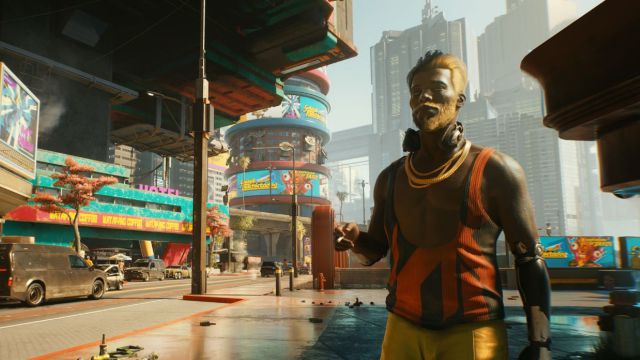 Cyberpunk 2077: The title has recently returned to the PlayStation Store, although Sony recommends enjoying the game on PS4 Pro or PS5.Since Cyberpunk 2077 went on sale, CD Projekt RED has had to face multiple vicissitudes. The game was released with serious performance issues and bugs, especially on the previous generation base consoles. As it is, the team has focused on debugging the product, so numerous updates have already come out, although the patches will continue to arrive in the coming months. The Poles have also published which are the most reported errors by the followers.

The study has been nourished by feedback from the community to know first-hand what are the most common failures found when interacting with the world of Night City. CD Projekt has shared the most frequent ones to date on its website.

The three most frequent problems

Rhythm of the Night – Takemura doesn’t call even when you’ve completed other main missions, he gets stuck on the objective “Look for other clues or wait until Takemura is ready.”

Cyber ​​Psycho Detection: Smoke in the Waters – The mission can get stuck in the diary without an objective even though it has been completed.

I can’t get up today – Stefan has disappeared and mission progress is not possible.

This science fiction video game was removed from the PlayStation Store after user complaints. Since then, CDPR has been outlining improvements so that the title returns as soon as possible, something that finally happened a few days ago. However, Sony itself warns that the performance on PS4 is not optimal, so it invites users to play it on PS4 Pro or PS5.

Cyberpunk 2077 went on sale last December on PS4, Xbox One, PC, and Google Stadia. The versions of PS5, Xbox Series X and Xbox Series S work through backward compatibility, although the study is working on a native update for the new generation, which is still scheduled for 2021, at the moment there is no more specific date.