Home Entertainment Cyberpunk 2077 Reveals Which is Its Most Dangerous Neighborhood; Has 57 Deaths... 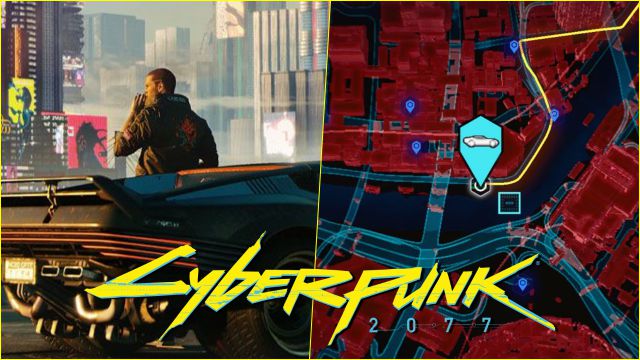 Cyberpunk 2077: CD Projekt offers new statistics for its open world video game, set in a future where crime reigns on the streets of Night City.Cyberpunk 2077 continues to update and improve its performance on consoles patch by patch. After a first half year of life marked by controversy, CD Projekt RED continues to work on a title whose main characteristic was its world, Night City, full of activities, life and neighborhoods of all kinds. Crime was a hallmark in some of those neighborhoods. We now know that Wellsprings is officially the most dangerous place in the game.

According to statistics shared by CD Projekt itself, Wellsprings averages 57 player kills per day. This high rate of casualties collides with that of North Oak, which recently became known as the safest territory in terms of fatalities.

After the publication of patch 1.23 on PS4 and Xbox One, where the analyzes show a clear improvement on both base consoles, although on Xbox One it does not exceed 22 FPS, CD Projekt RED is happy with its current status of the title whose level is ” satisfactory”. The criticisms of the players, however, do not think the same.

If we look at the company’s own roadmap, it will be during this year 2021 when the free DLC planned for the game will be published as well as the next gen update, totally free for PS5 and Xbox Series X | S players that is already made with the original copy of PS4 and / or Xbox One. Same circumstance with The Witcher 3: Wild Hunt, whose next generation update will apparently arrive this year.

On the other hand, the originally announced standalone multiplayer mode, which was coming soon, has been canceled. Cyberpunk 2077 will have online components in the future, but not a version that we usually call standalone. The plans are different.

Cyberpunk 2077 is available on PC, PS5, PS4, Xbox Series X | S, Xbox One, and Google Stadia. After half a year absent from the PS Store, the game is now available again for purchase through the digital portal for video games for PlayStation consoles; yes, Sony does not recommend playing it on PS4 for its performance; They recommend PS4 Pro or PS5.