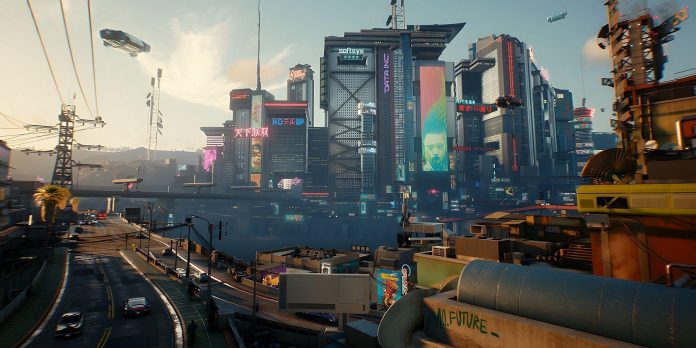 Cyberpunk 2077 will always be known for its launch day problems and CDPR’s inability to solve them in a timely manner. In particular, there were too many problems with the game on consoles to ignore, which was only exacerbated by its poor performance.

However, by now Cyberpunk 2077 seems to have stopped making purely negative headlines, although it seems there may still be more information about the real causes of its problems on launch day. According to the Upper Echelon Gamers YouTube channel, CD Projekt Red may have been kept in the dark about the state of the game on the first day, and at least some of the blame for its problems may lie somewhere else.

Shortly before the release of the first patches and hotfixes for Cyberpunk 2077, CDPR published a statement claiming that its quality assurance team simply did not detect all the errors that people encountered almost immediately after the launch of the game. Although many in the community have long dismissed this as PR nonsense, Upper Echelon Gamers has just released a substantial 72-page document revealing a number of previously unknown facts about CDPR’s hired quality assurance firm, Quantic Lab.

According to the document in question, which was passed to Upper Echelon Gamers by an alleged whistleblower, Quantic Lab not only exaggerated the size of the QA team working on Cyberpunk 2077, but also failed to disclose that the team in question consists mainly of junior employees. with little experience in quality assurance. On top of that, Quantic Lab had a policy of daily bug reporting quotas, which forced employees to report non-essential bugs instead of focusing on some of the most common issues in Cyberpunk 2077.

Although Cyberpunk 2077 is still held back by bugs, the game is in a much improved state compared to what players experienced on the first day. While the gaming community may have criticized CDPR’s earliest claims that it didn’t really know how bad things were, the Upper Echelon Gamers report adds a whole new dimension to the problem at hand. The document itself is quite detailed and contains detailed information about production schedules and various internal data, so it is unlikely that it would have been falsified later.

As with most of the leaked information, it’s worth keeping a pinch of salt on hand when discussing the document in question. Neither CDPR nor Quantic Lab have yet made a statement about this, and it is unlikely that either of the two companies can do this, depending on the specifics of their contract. Be that as it may, Cyberpunk 2077 has a lot of good content for players, even though it may have been irreversibly corrupted in its infancy.

Bridgerton: Season 2 Will Have ‘A Lot Of Sexual Tension’, Says...