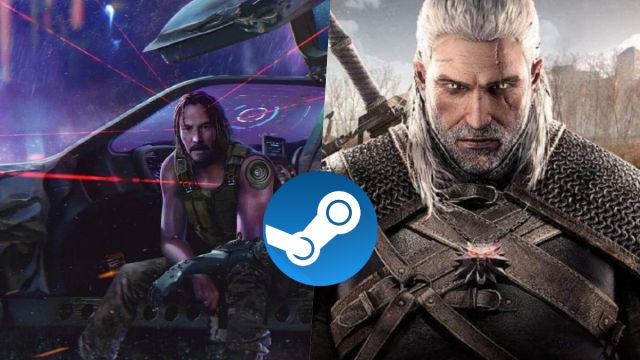 The new CD Projekt RED work loses concurrent users on Valve’s platform, all while the developer works on new patches.

The launch of Cyberpunk 2077 has been characterized by controversy and performance problems, although gamers with the most powerful PCs have the opportunity to enjoy the best version of Night City. According to data handled by GitHyp, the game developed by CD Projekt RED reflects less promising concurrent user figures than those obtained by The Witcher 3: Wild Hunt at its launch.

When Cyberpunk 2077 hit the market, it became the first single player video game to reach one million concurrent users on the Steam platform. However, over the past weekend, the numbers have already begun to show a slightly different reality: 225,000 players at their peak, which represents a decrease of 79%. It is not something strange within the products focused on the singleplayer, because since they are narrative games and focused on a story, it is normal that users abandon it as they are completed.

The Witcher 3 only dropped 40%

However, the evolution of The Witcher 3: Wild Hunt was somewhat different. Despite the fact that its peak of concurrent users never came close to the levels reached by the new production (92,000 at its launch, 2015), the speed with which players lost is significant. As it was, the Witcher game was able to retain 55,000 concurrent players during the launch period. It took three months for the drop to be more pronounced than that 79%: the initial loss in the first month was only 40%.

See Also
Cyberpunk 2077 Will Let You Organize Your Sexual Organ

Cyberpunk 2077 is available from December 10 on PS4, Xbox One, PC and Google Stadia, as well as on the next generation machines (PS5, Xbox Series X and Xbox Series S) through backward compatibility. Due to the state in which the product was distributed on the base consoles, it is currently impossible to purchase the game on the PS Store. CD Projekt RED has outlined an upgrade plan to improve it.

In addition to God of War, another game is working on