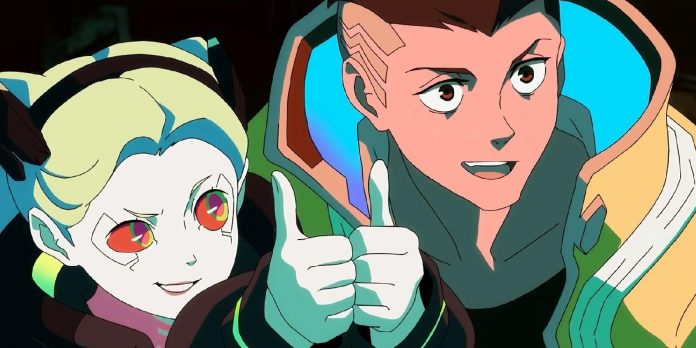 While some fans were hesitant at first, believing Cyberpunk was supposed to have a live-action adaptation, Cyberpunk: Edgerunners reviews so far seemed to confirm that the efforts of the famous animation company Studio Trigger paid off to create an enjoyable show. Cyberpunk: Edgerunners was also created in collaboration with CD Projekt Red, which will become obvious if fans watch the 1.6 update for Cyberpunk 2077, which adds a David Martinez jacket from the anime.

While the Cyberpunk: Edgerunners content in Cyberpunk 2077 gave fans some insight into the intersection of anime and game, one player known as Akiens on Reddit decided to take it one step further by creating his own version of David Martinez. game. Using the creator of the Cyberpunk 2077 character and wearing Martinez’s jacket, Akens managed to make an exact copy of the main character of Edgerunners. Given the difference between Cyberpunk 2077’s graphics and Studio Trigger’s anime style, it would be impossible to fully recreate the character, but it’s clear who Akiens created in the game.

David Martinez (My Attempt) from Cyberpunkgame

Cyberpunk fans in the comments to Akiens’ post on Reddit were quick to praise the recreation, and one user stated that the in-game version of Martinez is actually very close to the design that CD Projekt Red originally proposed for the character. As already mentioned, the developer of Cyberpunk 2077 helped Netflix and Studio Trigger in the creation of Cyberpunk: Edgerunners, ensuring that the anime adaptation remains true to both the game’s setting and its tabletop origin.

While the success of Cyberpunk: Edgerunners may set the bar for future adaptations of the game, the Cyberpunk 2077 Edgerunner update marks the end of the dystopian title era. Along with the release of version 1.6 for Cyberpunk 2077, it was announced that this would be the last update for Xbox One and PS4. Despite the fact that the latest generation consoles are no longer receiving new updates for the game, CD Projekt Red is reportedly still committed to Cyberpunk 2077.

Will Smith and his son try to catch a big spider...