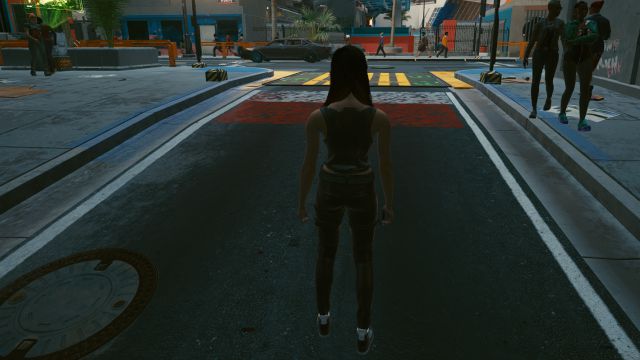 The CD Projekt RED title has been designed with the first person in mind, so there are some inconsistencies when the mod is activated.

The views of Night City are seen through the eyes of the protagonist. CD Projekt RED, the studio behind Cyberpunk 2077, made it clear that the first person would be the camera of choice for the entire game. However, when less than a month has passed since its official release, modders have already built their own game variants. In this way, those who are curious to discover the dystopia of the Poles in the third person will be able to do so thanks to a mod.

Notably, this is a work in progress, so the mod is not yet solid in terms of performance. In fact, the problems are especially perceived in animations, as published on PC Gamer. And how can the mod be installed? To start you will need to install Cyber ​​Engine Tweaks, which will allow you to access the debug menu. Next, it’s time to download the mod, created by Jelle Bakker. It is important to clarify that there are several versions, as it depends on whether your character is male and female. To complete the process, extract the files to the \ Cyberpunk 2077 \ bin \ x64 directory. By pressing B you can switch between first and third person view.

Cyberpunk 2077 came out on December 10 on PS4, Xbox One, PC and Google Stadia, although it is backward compatible with Xbox Series X, Xbox Series S and PS5. Its first days on the market have been peppered with controversy, as the title has come with bugs on almost all platforms, not to mention its performance problems on previous generation machines.

Given this situation, Sony Interactive Entertainment has decided to withdraw the product from the PS Store until further notice. Meanwhile, the also creators of The Witcher 3: Wild Hunt are working hard on new updates. The idea is that the game is repaired by February 2020. Beyond that date, it will be the turn of the new generation versions and post-launch content, which have not yet been detailed.