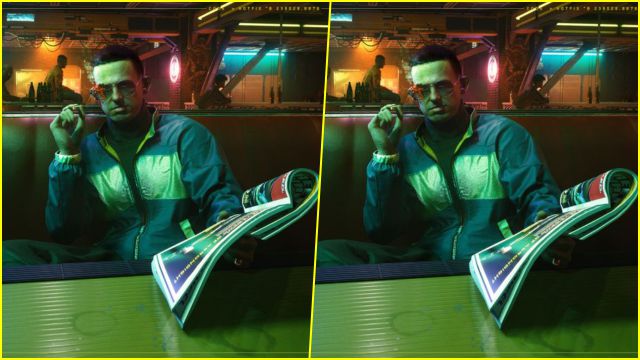 Cyberpunk 2077: The release of a new update to the CD Projekt game prompts well-known analysts to evaluate its stability and performance on consoles.CD Projekt RED published on June 17 update 1.23 of Cyberpunk 2077, a patch that improves the performance and general stability of the work especially in the consoles of the last generation, PS4 and Xbox One, where its status was very below minimum standards. Such was the quality of the product that the Polish company apologized and Sony removed the game from its digital platform, PS Store.

From the channel of El Analista de Bits we can see several comparative videos where the rate of images per second is analyzed on PlayStation and Xbox consoles, including PS5 and Xbox Series X | S, where it is currently executed through backward compatibility in the absence of the version. next gen sometime in the second half of 2021. The importance of this patch is especially noticeable because this June 21 the game returns to the PS Store.

Judging by the results, the improvements are not too great when compared to Cyberpunk 2077 patch 1.22, but now a clear stability is reached in terms of frame rate, hovering around 22 FPS on Xbox One and 30 FPS on Xbox One X, Xbox Series S and Xbox Series X. On PlayStation consoles, as we can see on PS4, stability is remarkable at 30 FPS; therefore also on PS4 Pro and PlayStation 5.

“Despite the good reviews of the PC version, the console version of Cyberpunk 2077 has not met the quality standard we wanted to achieve”, Marcin Iwiński, co-founder and CEO of the Polish studio, who acknowledges that “we underestimate the task ”of bringing the game to hardware such as the PS4 and Xbox One. According to the company’s own roadmap, during 2021 free DLC for the game, updates and the next gen update will be published.

The initially planned standalone multiplayer mode, which was to be published in the parallel for buyers of the game, has been canceled. Cyberpunk 2077 will have online components in the future, but not a standalone version.