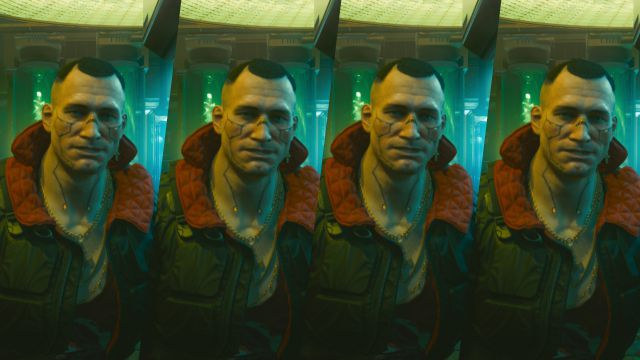 A YouTube user puts Cyberpunk 2077 face to face on all console models. What improvements have you received with patch 1.06?

Cyberpunk 2077 received update 1.06 in recent days, now available on PS4, Xbox One and PC, as well as on new generation consoles via backward compatibility. The list of changes compared to the rest of the patches is scarce. CD Projekt RED has focused on correcting the save game limitation as soon as possible. However, the console versions have received slight corrections that we will know in the next paragraphs.

Before starting, we must highlight that the two comparisons are made by El Analista de Bits, a YouTube user who has closely followed the progress of the game once it has reached the market. Base model PlayStation 4 receives “slight improvements” in performance; on the other hand, he says he does not appreciate changes in this regard in PS4 Pro and PS5.

“The quality of some shadows on PS5 has improved slightly, but it is still below Xbox,” he explains in one of the comments on the video. He emphasizes that he has not suffered “crashes and freezes” during the recording. The menu error seen in the previous update has also disappeared.

Cyberpunk 2077 on Xbox One, Xbox One X, and Xbox Series X | S with update 1.06
In the case of the Xbox family consoles, it appears to have reduced tearing “slightly” on Xbox One X, while the base model remains intact. Unexpected shutdowns and freezes follow the line of sight on PlayStation. “The framerate has undergone slight” very slight) changes on Xbox One “, explains El Analista.

The stability issues on Xbox Series X seen in version 1.05 have disappeared, reverting to what we found in 1.04. Not everything would be good news, and the console is not without its problems. The Bit Analyst appreciates “a reduction” of NPCs in some areas of the game, although he explains that it may be due to a bug.

PlatinumGames Made A Fifth Announcement On The Way