The Polish developer continues to work on polishing all aspects of the video game, which was released with performance problems on the console.

The updates are intended to expand content and correct errors, but in a product as complicated as a video game, any modification can trigger additional problems. This is what has happened with the most recent patch of Cyberpunk 2077 (1.1), the new production of CD Projekt RED. Some players have detected a bug during one of the main missions, in which the protagonist receives a holographic call from Takemura. The bug does not prevent the hologram from appearing, but the character remains completely mute, simply observing his interlocutor.

Aware that the problem is real, CD Projekt RED has offered a temporary solution, waiting for the error to be definitively corrected in a next patch. However, they will need to have a previous save file for it to work properly.

How to avoid the hologram bug with Takemura

Load up a game before Takemura and V leave Wakako’s office.
End the conversation with Takemura immediately, outside of the office.
Right after the conversation is over, and when the mission has been updated, allow 23 hours to pass.
See if the holographic call activates normally.

After a troublesome launch, especially on consoles, CD Projekt RED announced its roadmap regarding its video game. The company has anticipated that the version of the base consoles will already be corrected in February, so they will continue to receive new patches. Beyond that, the Poles also think in the long term, as they have two major expansions on their hands, of which there are no details yet.

Cyberpunk 2077 is available on Xbox One, Xbox Series X, Xbox Series S, PS4, PS5, and Google Stadia. Currently, the video game works through backward compatibility on next-generation consoles. Even so, the developer will publish an update that will optimize the product on these machines. His date? It has not been announced yet, although it is expected to arrive in late 2021. 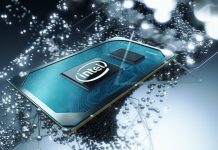 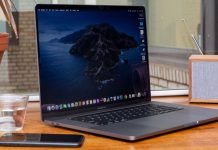 What awaits us with iPadOS 14?