Home Entertainment Cyberpunk 2077 now supports the latest AMD scaling technology thanks to this... 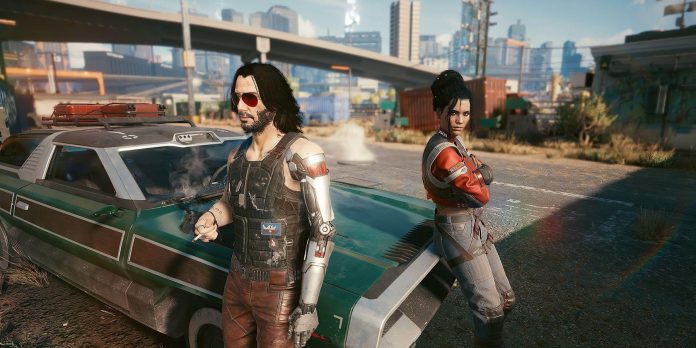 Without going into details that most people reading this are already familiar with, CD Projekt Red managed to change the situation in Cyberpunk 2077. Considering that this is one of the most expensive video games ever created, many felt disappointed with the product released at the end of 2020. Fortunately, things are much better now, although there is still room for improvement, and a new fan mod has just been released that makes the open-world sci-fi game compatible with AMD’s latest scaling. software.

As noted by DSO Gaming, modder PotatoOfDoom has created a mod for Cyberpunk 2077, which is trying to replace DLSS from Nvidia, or Deep Learning Super Sampling, with AMD FSR or FidelityFX Super Resolution. In particular, it has version 2.0, which is the latest iteration of the technology from Team Red. The Nexus Mods description says it’s still a “proof of concept,” but the developer said the results are “quite impressive.” Anyone who wants to download and try the add-on is warned that it is still under development, so there may be some errors.

AMD released FSR 2.0 last month, and Arkane Studio’s Deathloop was one of the first games to receive it. It offers a more open-source alternative to Nvidia DLSS, which was one of the first scaling technologies to hit the market, the first iteration of which was released in September 2020. with the company’s own RTX-based graphics cards, which perhaps makes AMD FSR somewhat more attractive.

For those who don’t know, image scaling is an industry standard in games these days, along with ray tracing. Essentially, it works by scaling game visuals on the fly, redrawing pixels to make them comparable to higher resolutions. The idea is to generate the best graphics in games without loading the hardware. Even Apple has announced its own upscaling technology called MetalFX.

As for the game itself, CD Projekt Red is currently working on the official DLC for Cyberpunk 2077. Although the wounds may still be a little fresh for some, many people are ready to walk away from the mistake that was associated with the launch of the game in 2020. With the release of a huge patch in February, many serious problems were finally fixed. But for some, the damage has already been done, and it may take some time to fully restore CDPR’s reputation.