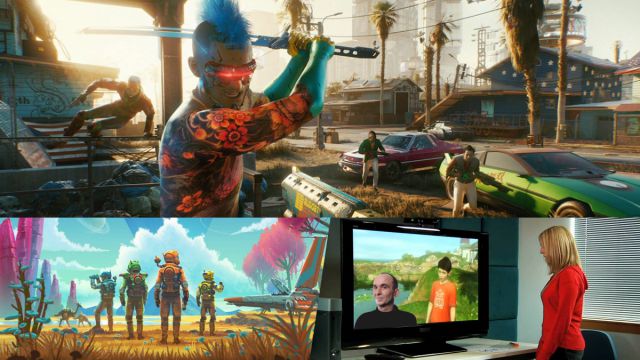 Thomas Mahler, founder of Moon Studios, also criticizes Peter Molyneux and assures that the press and players feed this type of marketing.

Promising the gold and the moor, make believe that your product is going to be something that ultimately is not. Marketing in video games sometimes leads to those extremes, but the cases of Cyberpunk 2077 or No Man’s Sky have been some of the most talked about in recent years. Thomas Mahler, co-founder of Moon Studios and director of Ori and the Will of the Wisps, has charged hard at CD Project RED, Sean Murray (Hello Games) and Peter Molyneux, whom he accuses of creating false expectations. The darts have also been aimed at journalists, even players, who consider figures involved in this whole game.

He has done so in a Reddit post, where he has also named British creative Peter Molyneux, always referred to as a smoke seller. “He was the master of ‘instead of defining what the product is, let me tell you what I think it could be to get you all excited.’ And that’s fine, according to Mahler. The problem is that after buying the game you discover that the title is nothing like what he initially said. “He did this shit for a good decade or more, and journalists and gamers loved hearing everything Uncle Peter was going to do for the industry. He had to release some rather poor quality games so that the press and users would stop listening to his lies. ”

Following in the footsteps of Peter Molyneux

Hello Games’ Sean Murray has not been spared from the criticism. Mahler writes that he apparently learned directly from the methods of Peter Molyneux. “Even days before launch, he hyped us up with a multiplayer that didn’t even exist and was so happy making people believe that No Man’s Sky was a ‘Minecraft in space’ where you could literally do anything.” Of course, when the title hit the market, the truths came out. “Then they released a series of updates, so let’s forget the initial lies and disappointments and hey, we’re going to award them again with awards, because in the end they released something similar to what they promised years before. Thanks, Geoff Keighley. Rewarding this type of behavior will surely help strengthen the industry, ”he ironically.

And next on the list is, how could it be otherwise, Cyberpunk 2077. “Made by the people who developed Witcher 3, so this shit has to be good. Here is the cyberpunk universe, trust us, you can do whatever you want, ”he continues. For the creator of Ori, the communication department of CD Projekt RED followed the line of Murray and Molyneux. “Players were led to believe it would be a first-person GTA Sci-Fi.” According to the creative, each of the trailers that were published tried to capture that essence, a strategy that allowed them to get “8 million reservations,” he continues. “The product was a fraction of what the developers had anticipated, and on top of that, it barely moved on consoles where it was supposed to perform ‘surprisingly well.’