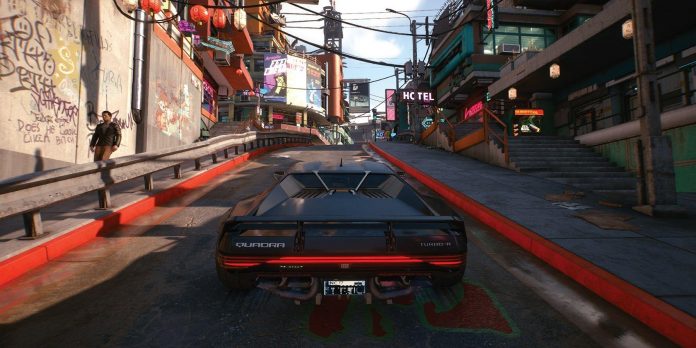 Often during the development process, games undergo changes between demo versions and the final release. One example of this is the changes of Dying Light 2 from the E3 demo to the retail version. The first Watch Dogs game is perhaps one of the most classic examples of this, and Cyberpunk 2077 seems to be no exception either. With this in mind, someone managed to create a mod for the latter, which tries to re-implement the visual effects that were present in the game when it was shown in 2018.

A user under the nickname Kraters, with the participation of other modders, created an add-on for Cyberpunk 2077, which is simply called “E3 2018 LM”, and screenshots of the mod in action show a darker version of the game. . The purpose of the add-on, according to the description on the Nexus Mods, is to bring the graphics of the game more in line with what was at the E3 demo. However, users are warned that this add-on is not compatible with any mods that affect the weather or general lighting in the game.

According to one of the fans of 2021, there are some differences between the version of Cyberpunk 2077 for E3 and the final game. Some of these changes include removing the HUD on the windshield of the car, and one user suggested that the initial prologue of the game was shortened for the retail version. Another change shows that there are NPCs using elevators in the E3 demo. However, it was assumed that this was removed in the final version, as it could affect the player’s ability to use elevators quickly if other characters use them. In general, there have been numerous changes between the 2018 demonstration and what finally appeared on store shelves and digital storefronts at the end of 2020.

Although the game developer was criticized for the poor handling of the initial release, new findings have recently become known that may somewhat justify the company. The QA report shows that CD Projekt Red may have lied about the Cyberpunk 2077 bugs. Quantic Lab, the company responsible for quality assurance, may have kept the studio in the dark about the problems that plagued the game. The report suggests that CDPR didn’t really know how messy the game was before its release.

Nevertheless, on that fateful day in December 2020, the damage was still done. Despite the work aimed at making it more stable and less buggy, Cyberpunk 2077 is still considered one of the most disastrous launches in video game history. Things are definitely a lot better now, but CDPR’s reputation, even if it has improved thanks to this new report, is still in tatters for some gamers at the moment.