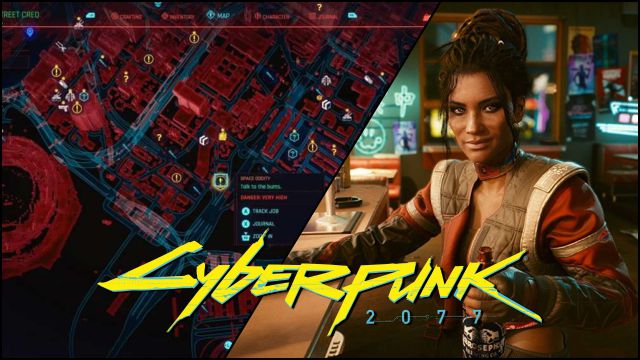 Cyberpunk 2077: CD Projekt RED wants to take note of the mistakes made and improve its mission design for future projects. Creative aspiration. CD Projekt RED continues to update a Cyberpunk 2077 that will complete its first year on the market in a few months. After the scandal of its launch, with versions of PS4 and Xbox One far from the desired result, apologies from CD Projekt and patches that did not finish correcting these problems, the development team is now conducting a retrospective exercise to improve aspects for the future . In particular, Pawel Sasko, Mission Designer, wants to hear from the fans.

As he explains in a post published on the social network Twitter, Sasko and his mission design team want to analyze the reception of Cyberpunk 2077 players so that, in the future, they can identify what worked well, what worked badly and why that. To transmit our feedback, write down or simply convey feelings after completing the title, just leave a message in response to your publication.

In our original review of the PC version, which we were able to enjoy without the problems reported in the console variant, we highlighted the way CD Project chose to fragment missions relative to The Witcher 3, giving the player greater freedom to choose between. main or secondary and thus maintain a better rhythm. “A proper balance of mission variety has been found, preventing things like the monotony of looking for clues and footprints from repeating themselves in The Witcher 3. There are sabotage, stealth, robbery or pure combat missions, as well as stories that use own mechanics implemented for the occasion ”, we said.

When will the next gen versions of The Witcher 3 and Cyberpunk 2077 come out?

Looking ahead, CD Projekt RED works on next-gen versions (PS5 and Xbox Series X | S) not only of Cyberpunk 2077, but also of The Witcher 3: Wild Hunt. Both contemplated for the present year 2021, although that of The Witcher 3 may be delayed to 2022 with greater probability. “The goal is to launch the next-gen version of Cyberpunk 2077 by the end of this year,” they commented weeks ago. “Considering that this project is still under development, we cannot say with total certainty that the production schedule will not change.”

The Witcher 3: Wild Hunt can be found on PC, PlayStation 4, Xbox One, Nintendo Switch. Cyberpunk 2077, on the other hand, on PS4, Xbox One, PC, and Google Stadia. Both can be enjoyed on PS5 and Xbox Series via backward compatibility.

Fans of the creators of Hill House and Midnight Mass will...