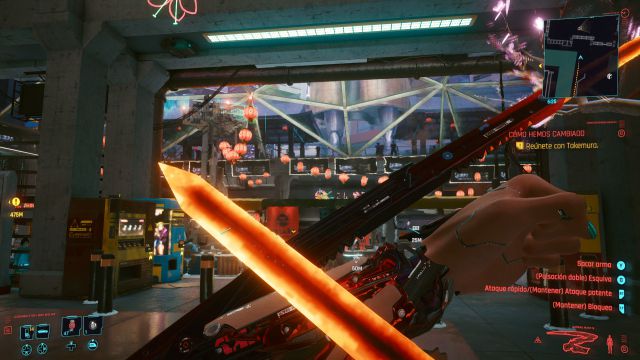 We detail how to get the mantis claws in Cyberpunk 2077, the cyberware of edged weapons of different prices and rarities in the quacks

As a good role-playing game, Cyberpunk 2077 allows us to modify our character to perfectly fit the style of play and combat that we prefer. Even since we are in this futuristic world offered by the neon lights of Night City, we can implement different improvements or cyberware aimed at violent encounters. On this occasion, and as part of our complete guide, we detail how to get the mantis claw implant.

For lovers of close combat, with many skill points invested in reflexes and constitution, mantis claws are a fundamental implant. These are two lethal bladed weapons, one in each arm, which serve to fiercely attack enemies. Both its price and its mod slots depend on its rarity:

It can be bought at any matasanos, but if it doesn’t appear in the range of offers, don’t worry: it’s because you lack a fundamental requirement. We can only acquire these mantis claws if we have at least 20 reputation points. To get it, all you have to do is complete main and secondary jobs, commissions and shenanigans. After a few hours of play we will have no problems acquiring them.

Of course, we also invite you to consider buying another type of cyberware that is just as expensive, since its usefulness will depend on your game mode and the point in history you are. For example, with the reinforced tendons we will be able to access places that we could not otherwise even consider and the cyber market will be much more useful by far if we usually face challenges in a stealthy way.