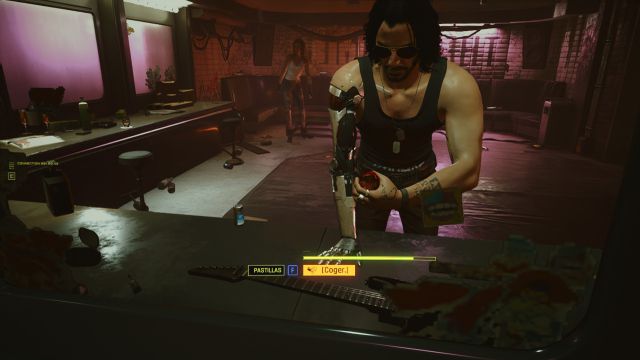 In the wide world that Cyberpunk 2077 offers us, we have a multitude of events and activities to complete. Some of them, like buying all the bugas or getting all the Tarot cards allow us to unlock certain trophies. This time we are going to detail, as part of this complete guide, the location of all the objects that belonged to Johnny Silverhand to get the Breathtaking achievement.

There are a total of seven objects that belonged to the Samurai rocker, and most of them will be obtained automatically as we progress through the story. However, keep in mind that some, such as pants, are lost and we will not be able to obtain them after a certain moment of the title. That’s why we bring you the detailed list, so you don’t forget any along the way.

Location of all Johnny’s items

Johnny Tank Top: Awarded during the << Brains Destroyed >> job, Johnny shows you where they are.
Johnny’s Aviator Glasses: You get hold of them during the << Chippin ’in >> secondary gig, when we automatically get in the car.
SAMEREI fake jacket: They are obtained during the secondary work << Promises that are worth nothing >>, in the trunk of the green car.
Johnny’s Gun: You get them during the secondary job <Chippin ‘in >>, looting it from an enemy indicated by the rocker himself.
Johnny’s Porsche: During Chippin ‘in secondary gig, after questioning Grayson if you intimidate him or remove the key from his body. It does not count towards the achievement of Motorexia.
Johnny’s Pants: They are easy to pass by, so be sure to complete the Psycho-fan (kill all cyber-psychopaths) mission.
Johnny’s Shoes: Take them from the smuggling locker during the << Family Heirloom >> order.

See Also
Cyberpunk 2077: How to complete Close to the Ground