Home Entertainment Cyberpunk 2077 has come a long way, but has it been redeemed? 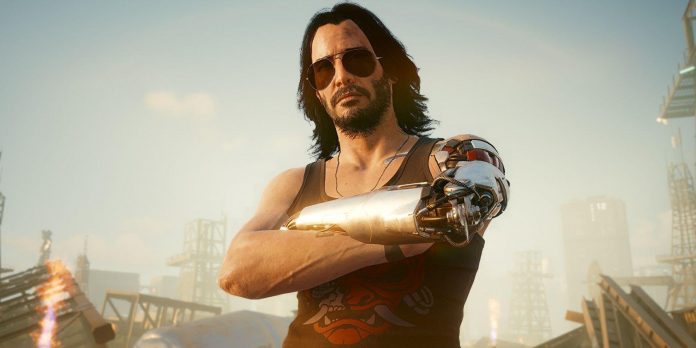 In 2015, CD Projekt Red received the Game Award as the best developer of the year. During the same ceremony, the developer also received the “Game of the Year” award, which went to the monumentally successful, innovative game “The Witcher 3”. In 2022, CD Projekt Red is now being talked about more cautiously, and fans are still cautiously optimistic about it. the future of the studio, but many of them are worried about how she will cope with her next large-scale project. Only one video game can be blamed for such a drop in consumer confidence and goodwill: Cyberpunk 2077.

First announced ten years ago, back in 2012, Cyberpunk 2077 immediately attracted the attention of a very passionate subgroup of fans, most of whom played the tabletop role-playing game on which the game was based. With the huge success of The Witcher 3, it seemed that the extensive Cyberpunk license was in safe hands, but at the end of December 2020, Cyberpunk 2077 was not exactly what fans expected, or what they were promised to get. . So, a year and a half later, it’s time to see if Cyberpunk 2077 has managed to redeem itself.

link: The Cyberpunk 2077 mod adds a new area for players to explore

Cyberpunk 2077 has come a long way

After the launch of Cyberpunk 2077 on consoles was a mess. While the PC experience was relatively good, the Xbox One and PS4 versions of the game suffered from constant frame rate issues, screen breaks, visual glitches, and a whole host of other technical bugs, some of which made the game literally unplayable, some goals not being activated or not being met.

Over the past year and a half, CD Projekt Red has been working hard to fix Cyberpunk 2077, and for the most part, the game now plays as it should. In addition to a lot of bug fixes, these free updates have added a number of visual and technical improvements that really helped make the game finally look like the big, beautiful titles promised to fans before launch. One should not underestimate the huge number of technical fixes made by CD Projekt Red in Cyberpunk 2077.

In addition to the fixes, CD Projekt Red has also brought completely new game content to Cyberpunk 2077 through free updates. In February 2022, new weapons, vehicles and apartments were added to the game, as well as the long-awaited next-generation versions of the game, which really worked surprisingly well.

For those who bought into the huge hype around Cyberpunk 2077 before the launch, the release day brought a bit of a sharp bite, and this wound is not easy to close. With such a high-profile marketing campaign and the years when CD Projekt Red promised the moon, the disappointment on launch day only worsened exponentially, and the vast majority of the first followers still haven’t forgiven CD Projekt Red.

For the average consumer, it’s likely that they also jumped on or around launch day, and therefore were stung in the process just as much. But while the developer’s fans are willing to endure and wait until the game is finally finished, ordinary players don’t, and all they remember about the game is that it was a complete failure. So, no matter how many updates Cyberpunk 2077 receives, or no matter how many paid DLC Cyberpunk extensions are released in the future, the game will simply never be able to reach the heights to which it was destined, and will remain in the eyes of many unredeemed. .