The Cyberpunk 2077 game continues to be the protagonist of several controversies. After presenting several bugs that made CD Projekt RED need to apologize publicly and several companies, such as Sony and the American retailer GameStop need to return the public’s money, now a fake mobile version is starting to cause a headache.

That’s because many players claimed they were downloading an option made available on the game’s Play Store platform that took almost a decade to get ready on the platforms. However, this title is a copy, whose purpose is to insert malware into the Android phone of those who download it.

This ransomware manages to have access to all possible permissions on the victim’s device, being extremely harmful because it is able to block access to the device, requesting a sum of money to return control to the user, a value of US $ 500 in one maximum period of 10 hours. 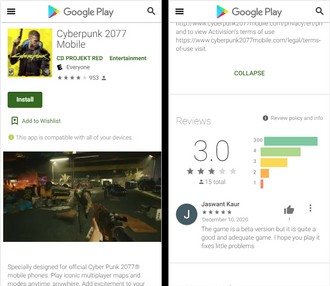 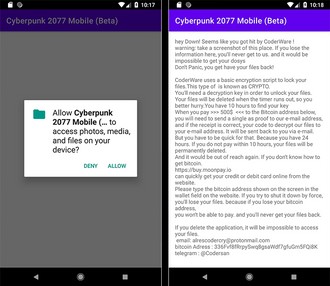 As soon as the fraud started to be reported by the victims, the fake “Cyberpunk 2077 Mobile” was removed from the Play Store platform, but a Kaspersky analyst reports that he has a page impersonating Google to continue distributing the game loaded by the malware .

The most dangerous thing is that this fake site has the opinion of players and ratings that can deceive those who do not have so much experience in downloading this type of game for mobile, especially children who are well interested in playing the title of CD Projekt Red.

Uber suspends shared travel on the app because of the coronavirus