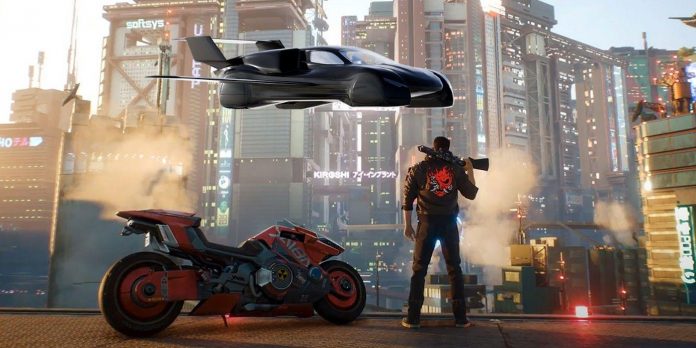 A recent mod for Cyberpunk 2077 shows that flying cars can be added to the game with DLC. Flying cars are an almost universally recognized aspect of futuristic science fiction and cyberpunk stories, however, all Cyberpunk 2077 vehicles are tied to land, so players are waiting for their chance to take off to download the mod (if they are on a PC). or wait for something more official.

Modder Jack Humbert recently released a mod called Let There Be Flight, which gives the world Cyberpunk 2077 one of the things that classic science fiction most often promises about the future. Unlike similar mods for other open-world games that simply allow cars to move through the air rather than on the road, Let There Be Flight has detailed animations for both cars and motorcycles that give a diegetic rationale for why vehicles fly. Along with the recently discussed DLC, this teases a means to improve the bad reputation of Cyberpunk 2077 after the initial release.

Since the mod is so well integrated with the game, with detailed animations showing how each car and motorcycle fly, it seems that CD Projekt Red has fewer and fewer excuses not to introduce flying cars into the game to one degree or another. This mod shows that it’s possible, if not simple, and even if the main game couldn’t officially support them, an area based around them would certainly be an option.

Flying machines will add a new layer to Cyberpunk 2077

Barring everything else, the reason Cyberpunk 2077 will succeed in introducing flying cars is because having them would be a lot of fun. The game world is so vast and detailed that it is very interesting to look at it from the point of view of even an unofficial mod, but the official implementation can make the Cyberpunk 2077 DLC even more attractive.

The addition of Pacifica to the upcoming DLC is already ready to solve the biggest problem of Cyberpunk 2077, but the inclusion of flying cars to some extent can also increase the interactivity of the game world. Adding the ability to simply start flying whenever the player wants gives the opportunity to make the world more detailed than ever before.

The fact that Humbert did his best to demonstrate that flying cars are possible in this game engine and can be implemented without visually disrupting the aesthetics of the game shows that flying cars will make the Night City skyline much more interesting, especially after Cyberpunk 2077. There are no birds in Night City. Flying cars define cyberpunk works like Blade Runner to the point where they become iconic, and a taste of it is long overdue for Cyberpunk 2077.