Home Entertainment Cyberpunk 2077 Details Its First Free DLC and CDPR Clarifies That They... 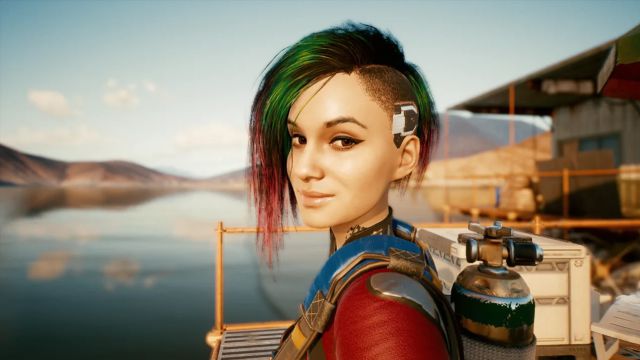 The study has explained that the strategy is similar to the one they followed with The Witcher 3, with free DLCs and paid expansions.CD Projekt RED has organized a new streaming to present the patch 1.3 of Cyberpunk 2077, which adds a whole series of news and detailed improvements to the studio’s website. They have also taken the opportunity to reveal the content of the first free DLC, an item pack that has not caused much fury among the gaming community. The Poles, for their part, have explained that these contents are small, but they have recalled that as they did with The Witcher 3: Wild Hunt, it will be the expansions that really add more extensive content.

These new DLCs include two new jackets for V, an alternate skin for Johnny Silverhand (the character played by Keanu Reeves), a new vehicle, and the Archer Quartz Bandit item, available as a reward, though it can also be purchased.

“This is the first of our little DLCs,” said Patrick Mills, Senior Mission Designer. “These are little DLCs. I’ve seen people with a lot of anticipation because ‘oh my god, the DLCs are coming!’ ”. He assures that they will continue to release more free content in the near future. For his part, Miles Toast, level designer, recalled that these downloadable content are different from the expansions that are planned in the future. As in the case of Hearts of Stone and Blood and Wine from The Witcher 3, the new story arcs will be developed in the expansions.

Developing patches is not easy

Miles is aware that “things haven’t exactly gone” as planned: “[Live streaming] is something we’ve been experimenting with, because we know there hasn’t been much communication from us.” He admits that messages from him have not come through clearly on how they are going to proceed with the project.

“People don’t seem to realize how difficult it is to patch a game that has already been released,” Toast laments. “It is a process that makes you continually tinker with existing systems. The main idea when developing updates is to improve the game, but not end up breaking it more. “