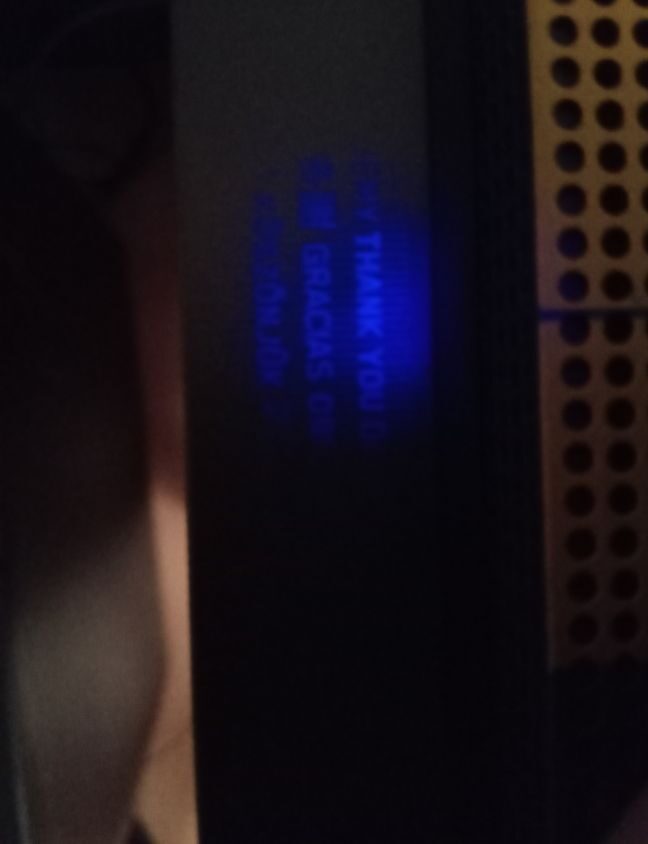 Cyberpunk 2077, the new game of CD PROJEKT RED, which has been highly anticipated in the game world for a long time, will meet with players on September 17. Before the release of the game, a limited number of Cyberpunk 2077 concept Xbox One Xs were released. Those with this particular Xbox One X encountered a hidden message on the console.

Cyberpunk 2077 specially designed Xbox One X was available for sale recently. Those with this limited edition custom Xbox One X encountered two messages on the console. The first of these messages was “Uniform Victor Michael Echo” on the back of the console that many players initially missed, but a Reddit user named ‘Eversmans037’ discovered a completely different hidden message on the console.

Realizing that there was something similar to the text on the console first, Eversmans037 started looking for ways to read this text. After realizing that the phrase “Uniform Victor Michael Echo” was written one after the other, “UV Me” (“With UV”), Eversmans037 was able to reveal the hidden message on the console by reflecting the UV beam to the location of the post. This secret message on the console turned out to be a thank you letter to Cyberpunk 2077 fans from CD PROJEKT RED for purchasing the custom-made Xbox One X.

Thanks to the fans of Cyberpunk 2077 from CD PROJEKT RED:

At first, Eversmans037 thought that the text on the console was a secret message related to the Alternative Reality Game (ARG) that will take place in Cyberpunk 2077, but this message turned out to be a gesture of appreciation made by CD PROJEKT RED to Cyberpunk 2077 fans.

In this message that can be read with UV light, firstly after an article such as “Many languages, one message”; The “Thanks” message welcomes users in 15 languages ​​including Polish, German, Arabic, French, Italian, Chinese, Spanish and Japanese. CD PROJEKT RED, which has a huge fan base with popular games, seems to have made a nice gesture to the players with this ‘puzzle’ thank you message.

Cyberpunk 2077, which was delayed due to the difficult period caused by this coronavirus outbreak, is going to be released on September 17, but CD PROJEKT RED employees who try to raise the game to September are also complaining about their long working hours and this intense stressful business period.