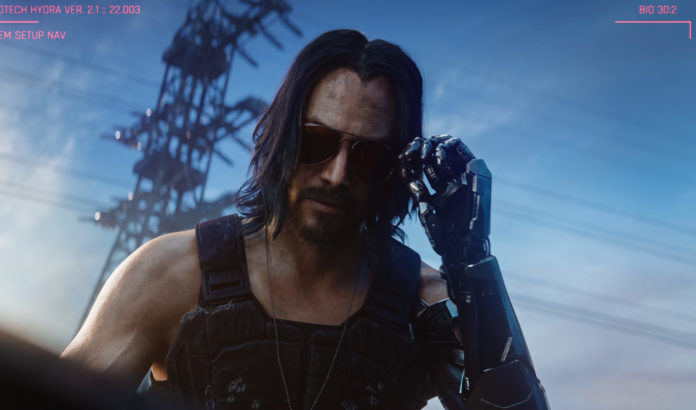 There is new information about the production of Cyberpunk 2077, which is highly anticipated and anticipated by the audience. The developer team confirmed that they are currently focusing on the current generation of game consoles for Cyberpunk 2077, but the game is not limited to that.

Cyberpunk 2077, developed by CD Projekt Red, has been busy with the agenda for the past few years. Cyberpunk 2077, which is a game that is awaited not only by its fans but also by the entire audience, has aroused curiosity and interest in many people with its graphics and gameplay and story elements. Today, more interesting news came from the developer of the expected game.

A Reddit user shared a screenshot on his website. The screenshot Cyberpunk 2077 has a conversation with the official Twitter account, the user asks the developer team whether the Cyberpunk 2077 will be released for new game consoles that are expected to be released at the end of this year. Although the developer team did not give a definite answer, the game could come to the next generation consoles.

CD Projekt Red’s priority is the current generation of consoles:

In the screenshot shared by the user who has given his speech to Reddit with CD Projekt Red, the developer team stated that the game can come for the next generation consoles and emphasized that their priorities are the current generation game consoles. As we can see from this talk, there is a possibility that the game will be developed for PlayStation 5 and Xbox Series X consoles, but the developer team is currently focused on PlayStation 4 and Xbox One platforms.

Rumors have been circulating since last year that Cyberpunk 2077 will become a cross-gen game. The developer team’s speech on Twitter was a kind of evidence. The game will only be released for PlayStation 4 and Xbox One consoles by the time it is released, with only a few months left for release. The developer team will also be on hand for the PlayStation 5 and Xbox Series X consoles since the launch of the game. Cyberpunk 2077 is expected by the players to be released on April 16, 2020.