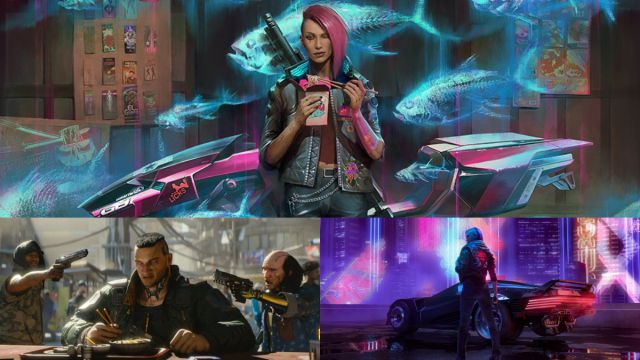 The first tools are already available, although CD Projekt RED anticipates that they will be updated over time.

When asked about the possibility of the studio providing official tools for mods in Cyberpunk 2077, Marcin Momot, Community Manager for CD Projekt RED, he replied that he would love it, but that they would focus on publishing the game first. Although the launch has not been as expected, since players have encountered multiple problems, the Poles have taken the step and have already released the first official tools that will facilitate the task for modders.

Although the current options are quite different from what CD Projekt RED offers in The Witcher 3: Wild Hunt, it is to be expected that the developer will continue to work on continuing to strengthen this aspect. “The tools will continue to be updated with the game patches to ensure compatibility,” they have promised. Those who want to download them can do so through the official website, after accepting the respective license terms.

The modding community has been active since the launch of Cyberpunk 2077. Night City has been shown as the city of Blade Runner, while users have ignited the flame of passion by allowing something that is not available in the original game : have sex with Johnny Silverhand, the character played by Keanu Reeves. From now on, the imagination will give rise to many other experiences, which will continue to be forged over the next few years.

Cyberpunk 2077 went on sale last December on previous and current generation consoles, PC and Google Stadia. Although the launch has caused major headaches for both CD Projekt RED and users, Masahiro Sakurai, director of Super Smash Bros. Ultimate, has highlighted the honesty that the studio has shown in allowing the return and refund of money to all anyone who is not satisfied with the product.

Bloodstained: Ritual of the Night gets classic mode