Home Tech Cyberpunk 2077: a bug can break the game on PC 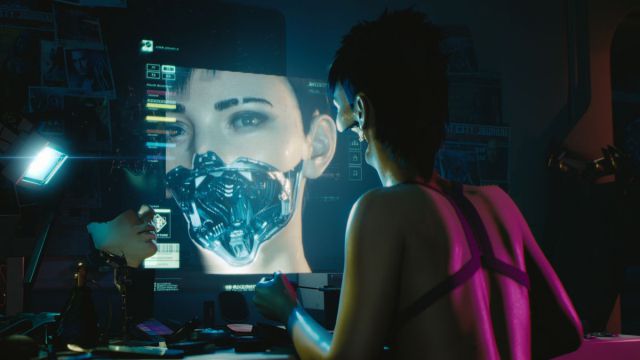 GOG recommends that players reduce the load of items in their inventory to avoid this inconvenience with save files.

Cyberpunk 2077 saved games in its PC version can be permanently corrupted if the file is larger than 8 MB. The community has confirmed that, so far, this problem does not affect the console version of the CD Projekt RED video game, but only the computer version. The information, initially reported by users, has been confirmed and reported by GOG itself, a portal for buying PC games owned by CDPR’s parent company, CD Projekt.

“The save game is corrupted and cannot be loaded”

CD Projekt RED already contemplates on its support page via GOG that this problem exists. The message, attached with the image that is displayed on the affected users, indicates the following: “The saved game is corrupted and cannot be loaded.” CD Projekt Red has confirmed that, once corrupted, there is no way to reconvert the file; that is, there is no way to heal that file to make it valid again. It is irreversible.

“Please load an older save file to continue playing and try to carry a smaller amount of items and crafting materials,” it also read. Not surprisingly, the recommendation of the official GOG portal is on record, which advises reducing the load of objects in our inventory so that the Cyberpunk 2077 saved game is lighter and, therefore, does not reach the problematic 8 MB of weight. A last post last message suggests that “if you have the object duplication glitch, please load another save file unaffected” by that glitch, since its most likely consequence is that it ends up taking up more space than the limit.

Hopefully CD Projekt RED will study and work on alleviating this problem in future game updates.

Cyberpunk 2077, removed from the PS Store for its current quality. Refunds on PS Store and Xbox

The situation with Cyberpunk 2077 is delicate. The title has been removed from the PS Store “until further notice” and full and unconditional refunds are offered to all users who have purchased the title in digital format and so wish; the same in Xbox Store, except that the Microsoft store has not withdrawn the video game from the Microsoft Store. CD Projekt RED plans to have the game’s last major patch ready for consoles in February 2021. Here you can check out the improvements in version 1.05.