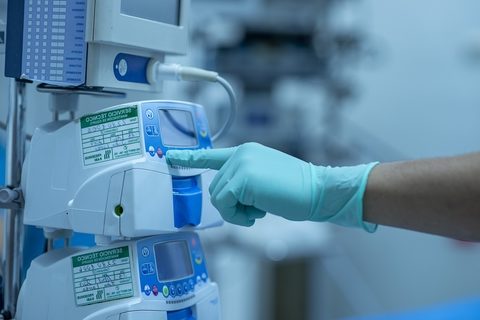 Cybernet company announced the world’s first antimicrobial touch glass to be used in medical computers. The touch glass developed by Cybernet can be used on 20, 22 and 24 inch screens.

Touch glass developed by Cybernet; It will be produced in 20, 22 and 24 inch sizes. Touch glass, which can be used in both food and medical devices, was tested at the FDA affiliated to the US Department of Health and received a certificate. The antimicrobial touch glass successfully passed the Aspergillus, Penicillium and Dungal Resistance Tests.

Cybernet Global Operations Vice President Ali Bagheri also made a statement regarding the developed antimicrobial touch glass. Bagheri said, “Glass used in computers is one of the most touched surfaces in a hospital. It was the most logical choice for us to protect this surface with an antimicrobial tool. ”

The technology used for the development of the touch screen is explained as a process that binds the antimicrobial properties to glass. Thanks to this technology, there is no problem in the feature of the glass even after the disinfectants are used.

The antimicrobial touch glass technology developed by Cybernet will be used for the company’s CyberMed S series and NB series medical computers. This glass technology is expected to be an important measure in the spread of diseases.