Home Entertainment Cutest Demon Hunter: Kimetsu no Yaiba’s Tanjiro Gets a Dog in This... 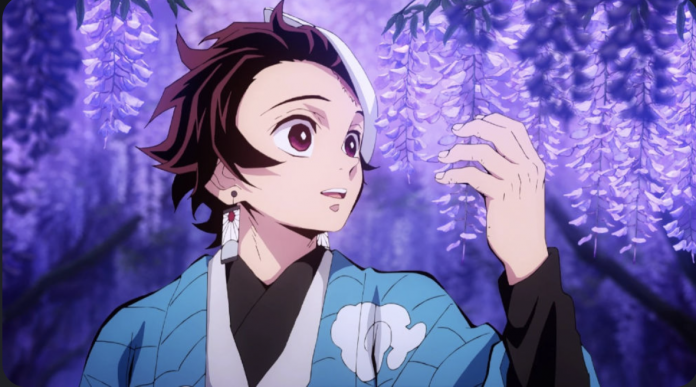 We share with you a cosplay of Tanjiro Kamado from Kimetsu no Yaiba, which was recently made by a friendly dog

Tanjiro Kamado is one of the most popular characters within Kimetsu no Yaiba. He is the protagonist of the story and who at the beginning of it lost his family. The only survivor of him was his sister Nezuko, but she was turned into a demon.

Everything would have ended very badly if it had not been for a fortuitous encounter they had. This is how he ended up a hunter of demonic creatures, and incidentally, he can seek a cure to return Nezuko to normal.

Tanjiro Kamado is the soul of Kimetsu no Yaiba

It is only thanks to strong training that Tanjiro has triumphed in the most terrible battles of the series. He has always shown great tenacity, and despite how much he has suffered, his heart remains kind and sincere.

On more than one occasion he has reached out to those who need it. He goes to the degree of feeling compassion for his enemies, especially those who turned demons without intending to. He finishes them off without showing off.

When Tanjiro Kamado fights in Kimetsu no Yaiba he sees his work as a task of liberation. He not only riddles the world of terrible enemies, but also frees the souls of demons so that they can rest in peace.

But there are only some who regret at the end of what they did. Despite everything he’s seen so far, this hero can still smile kindly at anyone who comes close to him. That makes it very popular.

the mightiest demon slayer there ever was ⚔️ #nycc pic.twitter.com/BsaqMmFL9E

This cosplay is quite nice and funny

Therefore, it is not surprising that there are many fan arts and cosplays of this character. Like the one we share with you now, which is special. All because he is not from a human being, but actually from a dog.

This was shared by the Twitter account of the New York Comic-Con 2021, which was held days ago. Here we see this dog with an outfit very similar to that of this character, with the characteristic green and black squares.

There is a lot of detail behind this Kimetsu no Yaiba cosplay. Although we are not sure if what is seen behind the puppy is a sword or just the leash. Whoever owns it is sure that he spent a lot of time and effort recreating Tanjiro Kamado’s costume.

Sure, adapted to the physiognomy of such a small canid. Best of all, this cosplayer is very calm and also very comfortable. He does not seem to mind this peculiar costume.