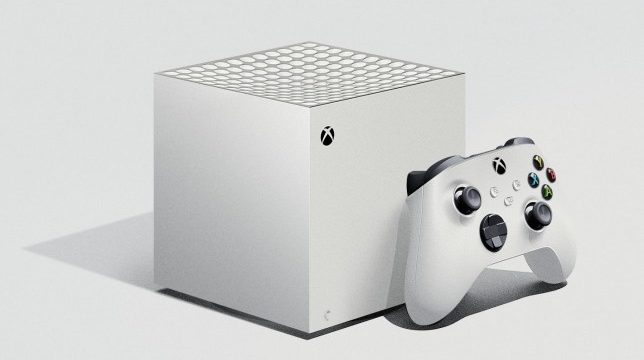 A graphic designer has created a concept design for the Xbox Series S or Lockhart, which is still not currently approved by Microsoft. The concept design published by the designer received many positive comments.

Among the world’s most popular game consoles are Sony’s PlayStations and Microsoft’s Xbox. These two popular consoles have a wide range of fans and users. These fan bases are preparing concept designs especially when new generation consoles will be released. One of these designs belongs to Microsoft’s next generation console called Xbox Series S.

The fan-made concept design for the Xbox Series S, also known as Lockhart and not yet approved, has been highly appreciated by users of the Xbox One group at Reddit. Lockhart, which is quite similar to GameCube and Ouya consoles, is appreciated for its small size and cute appearance.

Concept design for Xbox Series S:
Xbox Series S, also known as Lockhart, has become a legend in the gaming world and among gamers due to its lack of official approval. Although the console was previously hinted by Microsoft, the company shifted its focus to more Xbox Series X, and this smaller console disappeared in an instant.

The fact that Microsoft no longer talks about Xbox Series S doesn’t mean that this console is completely forgotten. A graphic designer developed the Lockhart concept design and shared it on the Xbox One group on Reddit. Judging by the published images, the designer has put forward a more minimalist concept than the Xbox Series X.

The Lockhart design of the designer ‘jiveduder’ is so small that it is almost the same size as the controller. Also, the absence of a disk drive indicates that the console is designed to run digital games only. Of course, the reason why the designer went to such a choice; Rumors that Xbox Series S will be the only version of Xbox Series X that supports digital games.

The comments on this concept design are very positive. The console gets pretty positive reviews because it has a cute look and looks like a box. Of course, some people point out the possible deficiencies of such a small console in terms of cooling. So what do you think about this concept design?