Home Celebrity Cute! Camila Cabello confesses that she has felt something for Shawn Mendes... 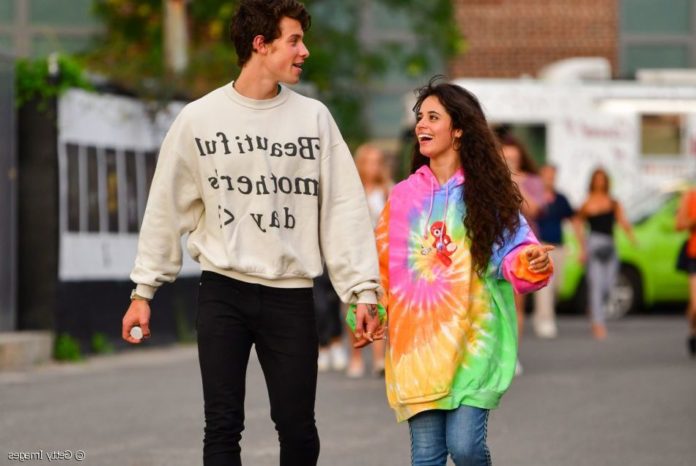 Everyone always speculated a possible romance between them, but what we always heard was that they were just friends. But ~ taking advantage of the fact that they are dating, Camila Cabello decided to assume that once and for all that she had been feeling shaken by Shawn Mendes for a long time! Oh, these two … <3

Well, everyone here remembers the dating speculations between Shawn Mendes and Camila Cabello back there, back in the time of “I Know What You Did Last Summer”, right? So … As much as the rumors weren’t true, the spark we saw between them was true! Who made the revelation was the singer herself, who assumed that she had felt something for the “friend” since that time.

Now assumed, the voice of “Easy” felt comfortable talking about what he thought at the time. “During ‘I Know What You Did Last Summer’, I really connected with him in a way beyond friendship. I think he felt that too. But we were both very young and he was experiencing the pressures of his career. I think that we didn’t know what to do with our feelings. It was this weird thing, we liked each other, but we weren’t together, “the muse tells Rolling Stone magazine.

The singer also talks about how this all resurfaced, until the relationship turned: “It was kind of bizarre. There was an energy there from the beginning, but after that song, we didn’t spend much time together. Our paths just didn’t cross romantically until we started going out again and writing together. For me, that’s what brought (the feeling) back. ” AAAAA They are very cute !!!

Shawn confesses feeling in the past
And Camila wasn’t the first to talk about it. Shawn Mendes, in a conversation with the fans, also said that he already felt a connection with his beloved, but it took a while to win her over. “If I told you the whole story of Camila, it would take a long time. I’ll say you have to fight for someone you really love. And if you truly love that person, then you will make it. It only takes time,” he says. . A pretty Disney-level fairy tale, right? <3

DOES DEMI LOVATO HAVE A ROMANCE WITH MACHINE GUN KELLY?