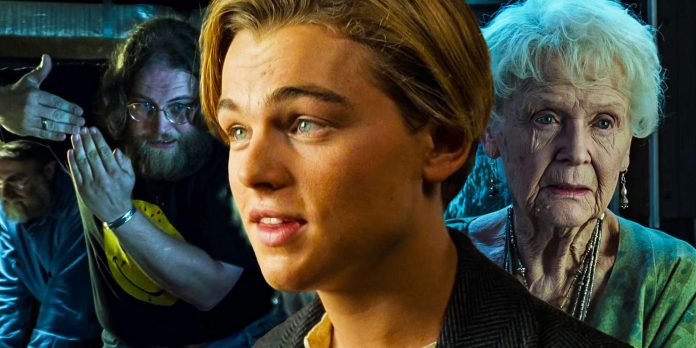 Titanic is not immune to plot holes, and while many of them have no explanation, there is one about Jack Dawson that is solved with a deleted scene. Although James Cameron’s name is now mostly associated with high-budget productions and sci-fi films, one of his most ambitious and successful projects was a disaster drama film based on a real tragedy: Titanic, which was the most expensive film in history. shot at that time and held the position of the highest-grossing film of all time for many, many years.

Although Titanic is based on the true story of the 1912 Titanic wreck, the film tells a fictional story through two fictional characters, although through them viewers are introduced to characters based on real passengers of the ship. So, Titanic follows a young first-class woman, Rose DeWitt Bukater (Kate Winslet), and a third-class passenger, Jack Dawson (Leonardo DiCaprio), who meet for four days, get to know each other pretty well, fall in love, and defend their romance from those who look down on them like Rose’s fiance Cal Hockley (Billy Zane) and her mother Ruth (Frances Fisher). The story of Rose and Jack’s relationship is told by the elder Rose (Gloria Stewart) to the treasure hunter Brock Lovett (Bill Paxton) and his team, but this part of Titanic gives way to a couple of plot holes.

By topic: How long does the Titanic sink in the movie compared to real life

The events of Titanic begin with Lovett’s mission to find the Heart of the Ocean, which leads to the discovery of a drawing made by Jack of Rose. Now old Rose contacts Lovett to tell them what she knows about the diamond, and so she shares her story with Jack. At the end of her story, one of Lovett’s team members, Lewis, says that they “never found anything about Jack” because “there is no record of him at all”, which creates a hole in the plot as they have just found out about Jack’s existence —however, this is quickly resolved by a deleted scene that shows that Rose took a break in the middle of her narration.

A deleted scene from Titanic, which takes place immediately after the one where Cal gives Rose the Heart of the Ocean, shows how the elder Rose describes the sensations of the diamond. Lewis interrupts him by laughing at Rose for trying to commit suicide by jumping off the ship, and these comments understandably upset Rose, who claims to be tired and is taken to her room to rest. Rose eventually returns to continue her story, but in the meantime Lovett’s team continues their research, and this break would give them enough time to review the Titanic recordings to see if they can find information about Jack Dawson. This deleted scene also explains the continuity “mistake”, as Rose wears different clothes during the second part of her narration, and the well-deserved break she took also explains this.

The plot hole in the fact that Lovett’s team did not find any records of Jack (since he won his ticket in a very successful poker game just a few minutes before the ship sailed) is one detail that is easy to miss, but once you pay attention to how the ending in the Titanic version it seems that Rose is telling her story without a break, this “mistake” is very noticeable. While it’s clear that this particular scene was cut from Titanic, as it still doesn’t match the pace of the film, this scene could reveal the plot hole of Lovett’s team, knowing that there are no records of Jack and Rose’s subtle outfit change, although Lovett’s crew member, Lewis, it definitely won’t help.

The new character For Honor is a reference to Assassin’s Creed...