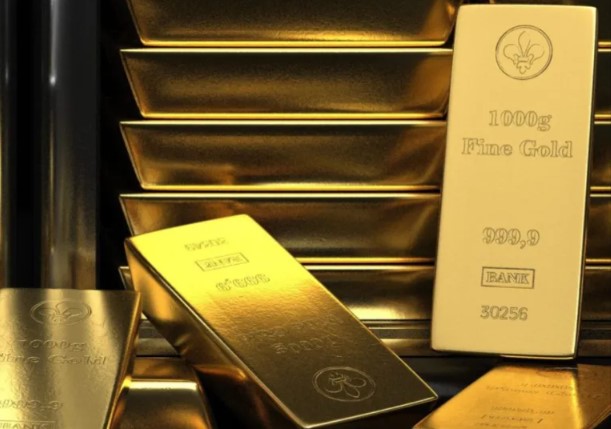 Gold prices were volatile after the Federal Reserve released the minutes of its March meeting. The yellow metal first rose and then fell in response to the fact that the protocol gave an idea of the central bank’s plans to reduce its balance sheet.

Brian Landin: It doesn’t really mean you have to pay for gold

As we reported to Somagnews, the FOMC protocol assumes that if inflation remains high or worsens, the Fed may raise the Fed funds rate by 0.50 basis points at upcoming meetings and, in addition, begin to reduce the Federal Reserve’s balance sheet in the amount of $9 trillion at the beginning of May. Brian Landin, editor of Gold Waishletter, says:

No surprises, so at least the answer below came early. A bit hawkish, however, the markets have already lost sight of the much more aggressive position of the central bank, and only the crisis in Ukraine keeps them from gaining half a point at the last meeting. In fact, this is not bearish for gold, as reports show good results for the precious metal when the Fed tightening cycle begins.

“The real question is whether central banks can control inflation.”

According to Thomas Westwater, analyst at DailyFX, the ongoing war in Ukraine creates a tailwind for gold bullion, keeping the market on edge as the situation develops. “Western allies continue to expose sanctions against Russia, which has an unfortunate side effect in the form of complicating the global flow of goods and services,” the analyst said.

This may increase inflation and market volatility, which are supportive factors for the yellow metal. At the same time, high inflation is forcing central banks to react more aggressively, and the Federal Reserve is ready to raise the base rate by 50 basis points in May. The rise in rates puts gold, an interest-free asset, at a disadvantage. The question arises whether central banks can control inflation.

Marios Hadzikiriakos, Senior Investment Analyst at XM, assessing the development of the market, emphasizes the following in a note:

Bullion escaped with only minor injuries, given the bond storm when buyers defended the region for $1,915 as a bulwark. The Fed’s revaluation has not yet caused serious damage to gold. But the real test will come when there is a ceasefire in Ukraine and the demand for a safe haven cools down.

Scary Bitcoin Model: BTC Could Dive To These Bottoms!