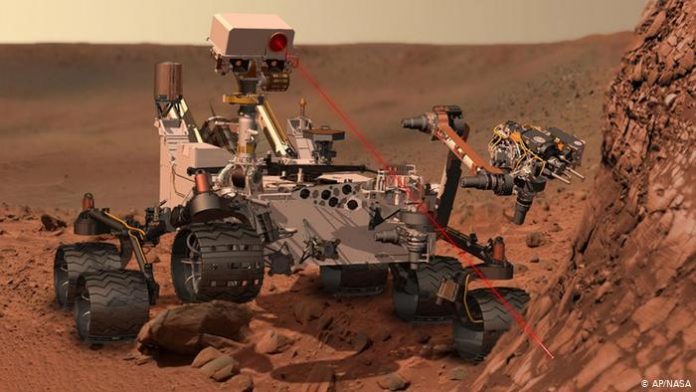 Curiosity spacecraft captured and photographed an infrequent moment on Mars. Photos showing a cloudy day on the red planet were released by NASA. Clouds shining due to the reflection of the ice crystals are seen over Curiosity’s study area as of late January, while the thinness of the atmosphere of Mars makes the formation of clouds special.

The Curiosity team also pointed out that the clouds are higher than usual values ​​for the red planet. Under normal conditions, the height of the clouds on the planet does not exceed 60 kilometers. For this reason, it is stated that the clouds seen may be dry ice clouds formed by frozen carbon dioxide and can give more insight into the sky of Mars.

The clouds are easiest to see with Curiosity’s black-and-white navigation camera, but their brightness is best reflected by a color camera, NASA said in a statement.

Curiosity had witnessed other remarkable events before in its Mars adventure. However, this latest post is important in terms of showing that the dynamic structure of Mars can change constantly.