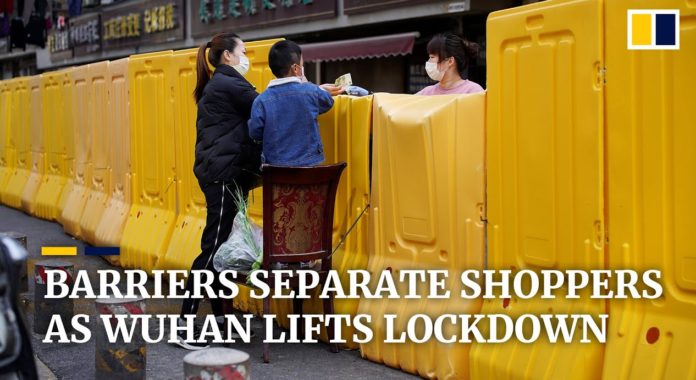 Thanks to the curfew announced in Wuhan, China, known as the first place of coronavirus, it was determined that 700,000 new cases were prevented as a result of the collaboration of international scientists.

According to the latest research from China, USA and British scientists published in the science science journal, it prevented the disease from transmitting to more than 700 thousand people with the announcement of the curfew in Wuhan, where the COVID-19 outbreak occurred. It was stated that the drastic measures taken in Wuhan save 50 days for the precautions to be taken in the surrounding cities.

Christopher Dye, a research group at the University of Oxford, said there were 30,000 cases detected on February 19, the 50th day of the epidemic in China, “More than 700,000 new ones in Wuhan, except Wuhan, if it had not been declared OHAL. there could be a case, “he said.

The data of scientists studying the spread of the virus are based on case stories, case locations transferred from healthcare institutions and mobile operators.

Biologist Ottar Bjornstad of the US Penn State University noted that the location information provided very large data thanks to his mobile phone, and according to the analysis, the spread of the virus was severely restricted with the curfew announced on January 23.

On 23 January, the city of Wuhan, which was disconnected from the outside world, was considered as a very severe measure taken by the Beijing administration. However, about half of the world’s population is now facing curfews and social life restrictions.

According to the data of Johns Hopkins University, new types of coronavirus have been detected in 850 thousand people so far. More than 40 thousand people died due to the respiratory illness caused by the virus.

The Rock wonders where Donald Trump is