Home News Cultural figures speak out about the #Balenciagate campaign with “sexualized” images of... 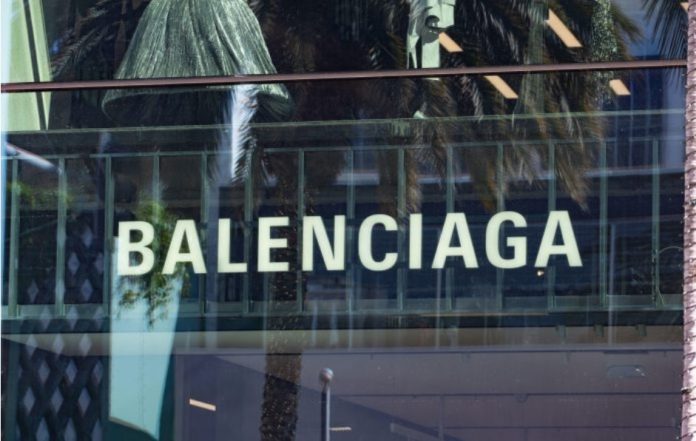 “This is an alarm for the industry”

Numerous cultural figures have condemned the fashion house Balenciaga after it launched a Christmas campaign that allegedly contained images of children of a sexual nature.

Balenciaga has faced widespread criticism from the fashion industry and beyond, and has since shelved the campaign.

“We sincerely apologize for any offense that our holiday campaign may have caused,” the company wrote on social media. “Our teddy bear bags should not have been presented to children in this campaign.

“We immediately removed the campaign from all platforms.”

Later, Balenciaga issued a second apology — this time with reference to the documents with child pornography that were shown in the second advertisement. “We apologize for displaying disturbing documents in our campaign,” the message read.

“We take this matter very seriously and are suing the parties responsible for creating the set and including the unapproved items for our Spring 23 campaign photo shoot.”

Photographer, public figure and chairman of the Southbank Center Misan Harriman is one of those who attacked Balenciaga online, calling the campaign “unacceptable.”

“As a photographer who has worked with many brands in the fashion industry, I am absolutely horrified,” Harriman said in a two—minute video on Twitter. — And I’m angry.

He continued: “I know how many steps you go through as a photographer to get the client to approve the images. I know how many adult eyes have to look at images in order for them to be printed, especially for a retail campaign when you sell a product online.”

Harriman went on to call the deleted ad “disgusting” and said the children involved were “not protected.” He then stressed that Balenciaga and the fashion industry as a whole should take action.

“To my friends who have any connections in the fashion industry: do the right thing and talk to people who can do something about it,” Harriman said. “Apologies on Instagram — and yes, [Balenciaga is investigating] — are not enough.

“This is an alarm signal for the industry. Where are we going? Where are our most valuable things used… for what? At what cost? No. Unacceptable.”

Lila Rose, founder and president of Live Action, an anti-abortion organization, called the series of commercials “absolutely disgusting” in a tweet. “It’s criminal and painful,” she said. “The sexualization of children should be a red line.”

In conclusion, Rose called on Kim Kardashian, who is an ambassador for Balenciaga, to “speak out now.” Kardashian has not yet commented on the scandal.

It is reported that supermodel Bella Hadid deleted an Instagram post advertising her recent photoshoot for the brand amid a negative reaction. At the time of writing, she was not talking about the protracted campaign.

Many others criticized Balenciaga and urged people to boycott the company.

Cleaner fuel for planes is coming to Brazil this year