Home Entertainment Cult of the Lamb mini-games Cannot be Ignored 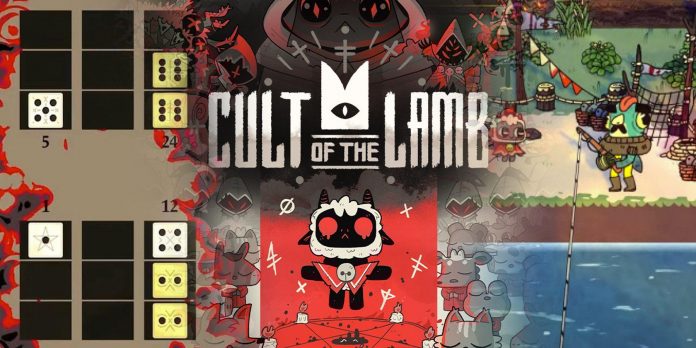 2022 was another great year for indie games. From more budget-friendly games like Stray, Tunic and Sifu to smaller games like Bear and Breakfast, there have been many stellar indie games this year, each one even more unique and original than the previous one. A publisher that has become known for its high-quality indie offerings, Devolver Digital has once again knocked it out of the park by releasing Cult of the Lamb, a beautiful gloomy, charming roguelike/urban planning simulator developed by Massive Monster.

Released just a few weeks ago, Cult of the Lamb offers players to take on the role of a possessed lamb who has been resurrected with one goal: to form a cult, kill heretics and bring back his demonic master. In the process, players will meet new animal friends, introduce them to the cult, use their loyalty to level up and go hunting for heretics in a series of procedurally generated dungeons. Cult of the Lamb has a lot to do, but in the process you should not ignore its intuitive and fun mini-games.

Cult of the Lamb mini-games Cannot be Ignored

The beginning of Cult of the Lamb can be a bit overwhelming for beginners, especially for beginners in urban planning or bagels. In just an hour, about three different types of currency will be explained, as well as a lot of counters that need to be monitored, and a number of different abilities that are all connected to each other and that need to be managed. With so much going on all the time, it’s easy to get past a few really fun Cult of the Lamb mini-games.

The first mini-game that players unlock is Knucklebones, which can be found in Ratau’s hut during the first few hours of the game. As for the games within the games, Knucklebones deserves the same high recognition as Gwent from The Witcher 3 or poker from Red Dead Redemption. Knucklebones is an incredibly intuitive dice game in which players just need to arrange the dice in three columns, trying to get the highest number. The trick is that all the cubes in the same column with the same number are multiplied, opening the way to a significant increase in points. However, if the opponent places a die with the same value in their respective column, the player’s dice are removed.

Knucklebones is an incredibly simple game, but its simplicity makes it so addictive. Within the first 10 seconds after joining their first Knucklebones match, players will know exactly what to do, and this level of intuitiveness is not often present in such mini-games. During Cult of the Lamb, players will find new Knucklebones opponents while exploring and can return to the hut to challenge them. Each new opponent offers a higher level of difficulty, but also offers more gold as a reward for defeating him, which makes Knucklebones a worthy enterprise throughout the 20-hour Cult of the Lamb campaign.

The second of the Cult of the Lamb mini-games is even simpler, but it’s just as exciting and worthwhile. In Cult of the Lamb, players are constantly reminded to find as many food sources as possible to support their growing cult. Eventually, players will discover a lighthouse on the map, and next to it a small fishing pier. Without requiring any additional materials, players can simply throw a fishing rod into the sea and catch all the fish present. In the gameplay, which is very similar to the mechanics of fishing in Stardew Valley, players just need to press the “X” button to keep the fish within the green bar of the counter. Fishing in Cult of the Lamb is extremely simple, and higher-level food is such a rarity in the game that fishing is always worth it.

People Getz Asked About Why Jennifer Lopez Broke Up With Ben...