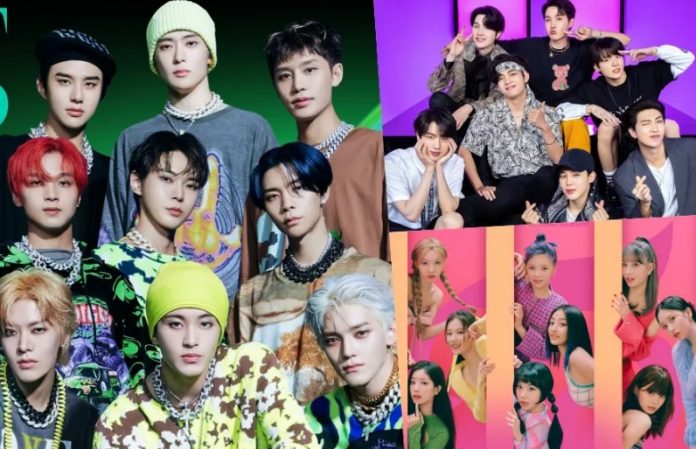 NCT 127’s latest studio album “2 Baddies” topped the chart for the second week in a row, in addition to having a strong second week on several other Billboard charts.

Meanwhile, the BTS anthology album “Proof” has again climbed to the 2nd place on the World Albums chart for the 16th week in a row.

TWICE’s latest mini-album “BETWEEN 1&2” remained at number 3 for the fifth week in a row, and also extended its own record on the Billboard 200 as the longest album by a female K-pop group released in 2022.

ENHANCE’s latest mini-album “MANIFESTO: DAY 1”, which has been on the World Albums chart for the ninth week in a row, has been relatively stable at the seventh position this week.

SEVENTEEN’s “SECTOR 17” — a re—released version of their fourth studio album “Face the Sun” – reached number 8 on the chart in week 10, while “Face the Sun” charted separately in week 18.

NewJeans‘ debut EP “New Jeans” remained stable this week, holding its place at number 13 for the eighth consecutive week on the chart.

Finally, BLACKPINK’s “THE ALBUM” closed the top 15 for its hundredth consecutive week on the chart.

After the cancellation of the meeting: worry about Queen Silvia of...