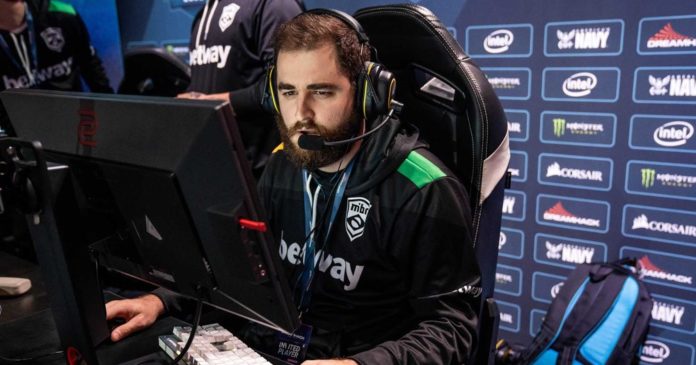 MIBR won MAD Lions and is in the grand final of Flashpoint 1, Counter-Strike: Global Offensive tournament (CS: GO). The best series of three matches (MD3) took place this Tuesday (14th) and was valid for the playoffs Upper Bracket final. In a balanced confrontation, the Brazilian team had moments of ups and downs, but managed to be superior to the end of the series. With the score of 2-1, partial of 16-13, in Train, 11-16, in Mirage, and 16-5, in Dust2, MIBR defeated the Danes and will have the opportunity to compete for the title of the competition.

The decisive confrontation of the MIBR is scheduled to take place on Sunday (19) at 17h, Brasília time. Your opponent will be the winner of the series between the same MAD Lions and Havu Gaming, a game that takes place on Saturday (18) and will be valid for the final of the Lower Bracket.

The first map was Train, chosen by MIBR, and it was already a good sample of what would become the series. The match started with MAD Lions opening up a small lead after winning the first pistol. Then, MIBR took four rounds in a row, and the two teams started to change the lead on the scoreboard. At the end of the first half, better for MAD Lions, who had a small 8-7 lead. As CT, the MIBR was a little more superior, had a 4k of Ignacio “meyern” Meyer in the second pistol and a saving move by Gabriel “FalleN” Toledo after the team almost delivered a practically won round. Thus, MIBR closed the account on 16-13.

At Mirage, an excellent start by the Brazilian team, but the balance seen on the previous map was repeated in that match. MIBR had a chance to gain more advantage, but stopped in good moves by Frederik “acoR” Gyldstrand, who was crucial in making MAD Lions move away from the scoreboard. Vito “kNgV-” Giuseppe’s good performance prevented further damage at the end of that half, finishing 9-6 for the Danes. On the side turn, a FalleN clutch on the second pistol and the victory on a Lions forced gave the advantage that MIBR needed to turn the score. Unfortunately, the Danes were unmoved, they knew how to stop the progress of the MIBR and dominated the confrontation until closing 16-11.

Finally, at Dust2, another very close confrontation on the part of the two teams. However, FalleN was once again the great differential on the MIBR side, saving his team at decisive moments and leaving him with an excellent advantage as TR, finishing that half in 10-5. In the turn of sides, a victory in the second pistol round, another in the anti-echo and a third in a row in the first armed round left MIBR even more in the advantage on the map. Afterwards, MAD Lions could no longer find themselves on the map, and MIBR only managed the confrontation and closed the account at 16-5 to stamp their spot in the final of the competition.

Flashpoint 1 started on March 13 and has its big final scheduled for next Sunday (19). The competition, which has only MIBR as its Brazilian representative, is in its final stage, the playoffs. The total prize pool for the first season of Flashpoint is $ 1 million (about $ 5 million).