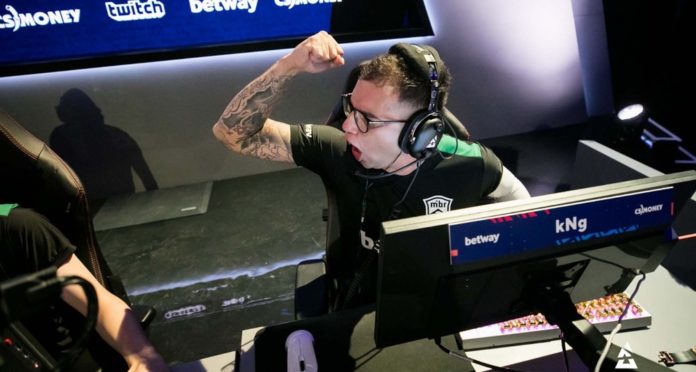 MIBR won Gen.G and took the second stage of the group stage of Flashpoint 1, a Counter-Strike: Global Offensive tournament (CS: GO). In a series that took place on the night of this Sunday (5), the team from Brazil returned to show evolution in their game and made another excellent presentation in the competition. In the end, 2-0 victory, partial 16-7, in Dust2, and 19-15, in Mirage, to take the Group C title. The result makes MIBR win 75 points and end the groups with the maximum score of 150, since she had already won in the first stage after winning against Chaos in the final.

MIBR’s next appointment at Flashpoint 1 will be in the playoffs, which will bring together eight of the teams that scored the most in the two stages of the group stage. The knockout starts next Thursday (9) at 2 pm, Brasília time, and runs until April 19, when the grand final of the tournament will take place. It is worth remembering that on the same Thursday (9), the classic between MIBR and FURIA Esports is marked by the playoffs of the ESL Pro League Season 11. The teams play at 17h00, Brasília time.

The first half of Dust2 was divided between good and bad times between the two teams. MIBR took the first two rounds, and Gen.G followed a sequence of four rounds shortly thereafter. MIBR got back on its defenses at the bombsites and managed to take control of the match, with emphasis on the 4k of Epitácio “TACO” de Melo. Gen.G still made good strides in the last rounds and reduced the loss to 8-7. At the turn of the sides, the MIBR showed a dominant TR side and was not threatened at any time by the Americans. Without difficulties and with Fernando “fer” Alvarenga reaching 26 kills on the map, the Brazilians made a perfect second half and won Dust2 by 16-7.

Finally, at Mirage, MIBR started by winning a complicated pistol, but faced difficulties in the following rounds with the good defense of Gen.G. In addition, some errors in the Brazilian’s disruptive advances ended up giving the Americans a little more advantage on the scoreboard. Although MIBR managed to recover, Gen.G had a good performance by Timothy “autimact” Ta to close this half with the minimum advantage, 8-7. Unlike the last map, the balance was repeated in the second half and had the MIBR making a good recovery to get the tie in 15-15 and force the overtime. This time, MIBR dominated the match as CT and needed only a round like TR to close the map by 19-15 and win the series.

Flashpoint 1 started on March 13th and is scheduled to end on April 19th. The competition would take place in person, but due to the coronavirus pandemic (Covid-19), the organization was forced to change the format to online. The Brazilian team MIBR in the competition, which has a total prize of US $ 1 million (about R $ 5 million).